Coming Apart, Charles Murray concludes that upper-class whites have held steadfast to America’s founding virtues while middle-class and poor whites have largely abandoned these core principles. Because individuals tend to self-select communities and relationships with like-minded people, the sociocultural divide between those who marry and those who do not has compounded with each new generation.  Recently released publications from the Marriage and Religion Research Institute (MARRI), “The Index of Belonging and Rejection” and “The State of the Black Family,” confirms that Murray’s thesis applies to the black community as well. There are two phenomena at work: the adversities of broken, non-married families are  exacerbated with each  generation, and the gap between the married and  the non-married increases in education, wealth, health, and religion. The marriage divide is particularly big in the black community because marriage has been retained and celebrated by its most educated and avoided by its least educated—a trend that has grown worse over the decades. Between 1950 and 2012, the fraction of black 15 to 17 year olds raised in by their always-married parents dropped from 38 percent to 17 percent.  Even more alarming, between 1950 and 2012 the number of black two year olds with always-married parents was cut in half (from 62 percent to 30 percent). In laymen’s terms, only 30 percent of black children begin their life with their married parents; only 30 percent of young black children experience the security and belonging of an intact family, while 70 percent experience their parents rejection of each other, which leads to the brokenness of a non-intact family. 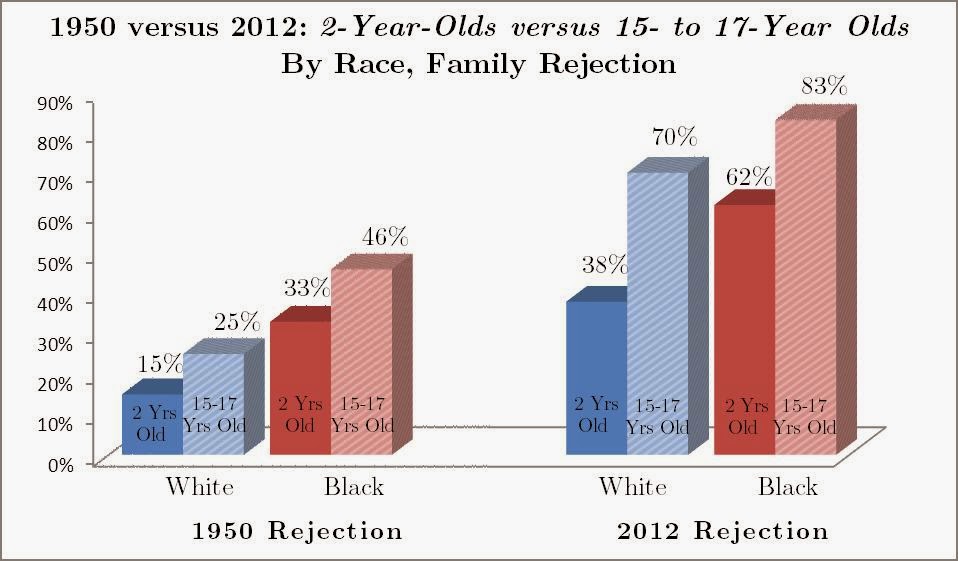 MARRI research also shows that those in intact families outperform their counterparts on social outcome measures. For both black men and women aged 35-40, the highest fraction of professional graduates were raised by married parents, whereas the highest number of high school drop-outs were raised by an always-single parent. Black men, women, teenagers, and children who were raised in always-single households had the highest rate of poverty of all family structures. Always single black men and women, as well as children raised by such parents, receive the greatest proportion of government aid, including: SSI, SSDI, TANF, Welfare, and Food Stamps. 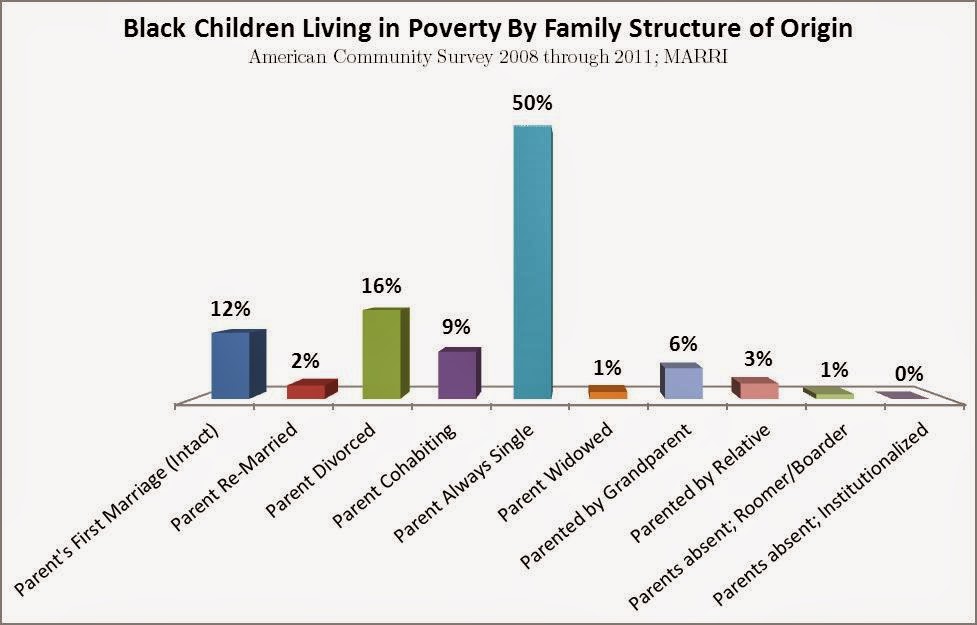 Increasing marriage across all social strata is a prerequisite for reducing poverty and inequality in America.]]>