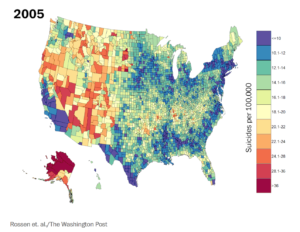 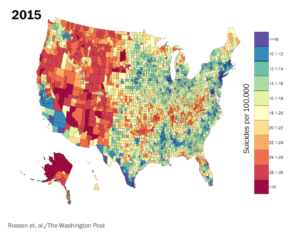 The Washington Post has mapped the changes: over the last decade the nation has shifted from lower (blue) to higher (red) rates of suicide. 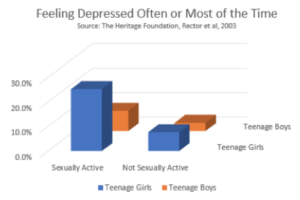 There is a link between sexual intercourse, suicide and depression: Back in 2003 Robert Rector and colleagues at the Heritage Foundation illustrated the clear link between sexual activity, depression and suicide attempts, among teenagers. A few weeks ago, the California Surgeon General released a report on a very significant increase in serious sexually transmitted infections, and this week the CDC reported significant increases in suicide rates. In the past, in Mapping America, we reported that enjoyment or fear are significantly influenced by the presence or absence of marriage and worship. The two great loves triumph here: love of spouse and love of God make for the most enjoyable sexual experiences. 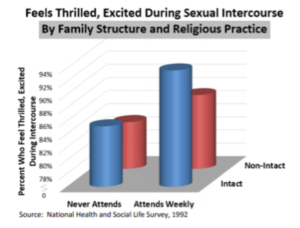 But the absence of spouse and God have their own correlates: fear and anxiety. 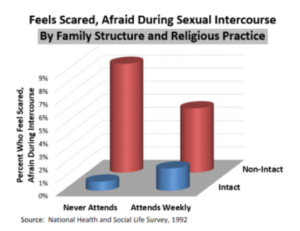 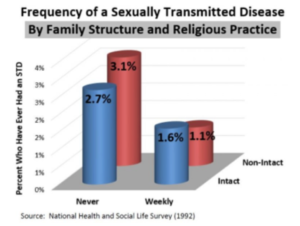 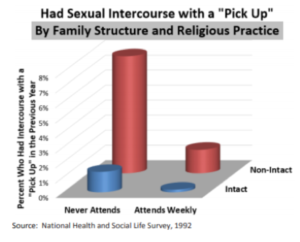 With and eye to the child, the future of America,