<![CDATA[<br />By Henry Potrykus
In this blog, we recently announced the release of a MARRI overview on “Violence in Baltimore.”  In one part of the overview, we focused-in on black children in Baltimore.  I produced some statistics on the family life and poverty situation these children find themselves in. This post goes into further explanatory detail on that situation. As background let’s quote from the report: 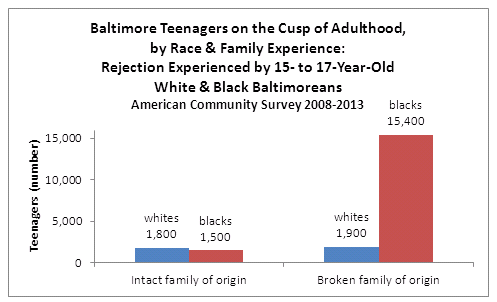