In the 1960s radical groups, including many feminists, conspired to tear down the traditional, married family; little did they know they were simultaneously igniting some of the worst racial divisions America could imagine. 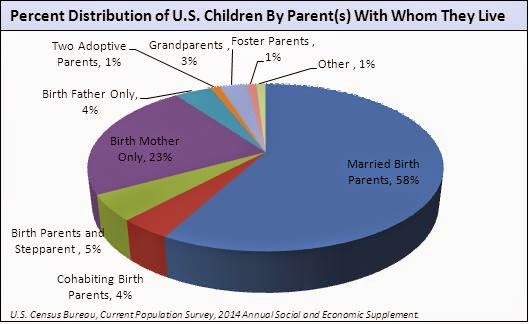 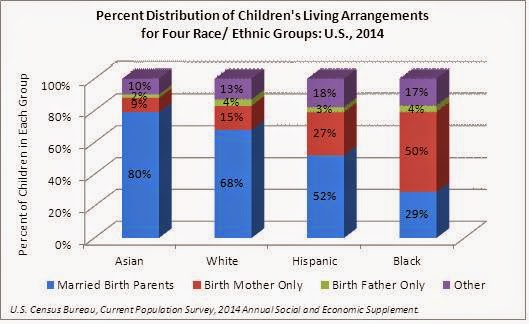 The large variation in living arrangements across the four major race/ ethnic groups has deep-seated and far-reaching consequences on racial gaps. To begin, family structure is closely related to government dependence—roughly three quarters of welfare assistance goes to single-parent families. Family structure is also associated with educational achievement, the gateway to future economic success. Four times as many individuals who came from intact, married families received a Bachelor’s degree than individuals who came from always-single parent families. Those in single-parent families are more likely to engage in risk behavior, commit criminal acts, drink, and use drugs. Because there is such a clear-cut difference in the living arrangements of the races, social outcomes are quite easily predictable across these four groups. While Asian families are able to exercise individual agency in flourishing environments, many Black families tend to be at the mercy of the government in dangerous environments. While most Asian parents begin their child’s life by developing and cultivating their talents, many Black parents spend their children’s early years struggling to make ends meet. There certainly is an unjust inequality among the races, but it is not the inequality of outcome that most media outlets discuss. Rather, it is an inequality of opportunity, even a lost opportunity, for many children to experience the irreplaceable married love of their mother and father.
]]>