The Upshot (New York Times) reported that women are having less children than they would like, mainly because of the worries illustrated below. 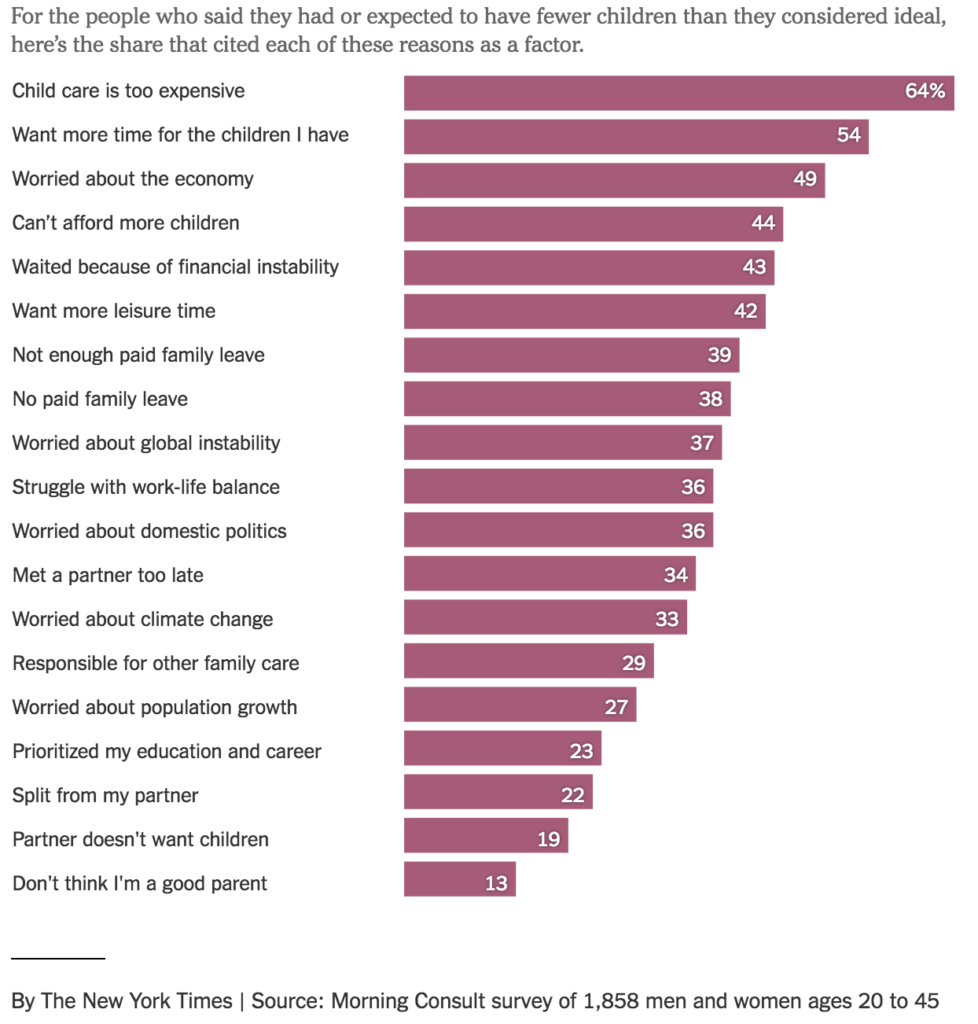 Despite the fact that we live in the biggest, most prosperous nation ever in history, our women are anxious and fearful about having children. Given their psychological and family experiences this is understandable: Most young women (and men) today come from broken families. They are afraid to take the risk of a “big exploration trip into the unknown” together. Unlike Columbus setting sail into unchartered waters, they stay onshore fearful of probable storms and occasional bad weather. But those who worship God weekly see life differently. They are more likely to take the risk and to set sail. Though, unlike Columbus, they don’t discover new continents — they make them. John Mueller of The Ethics and Public Policy Institute found that, globally, across religions and cultures, women who worship weekly have more than twice as many children as those who never worship. 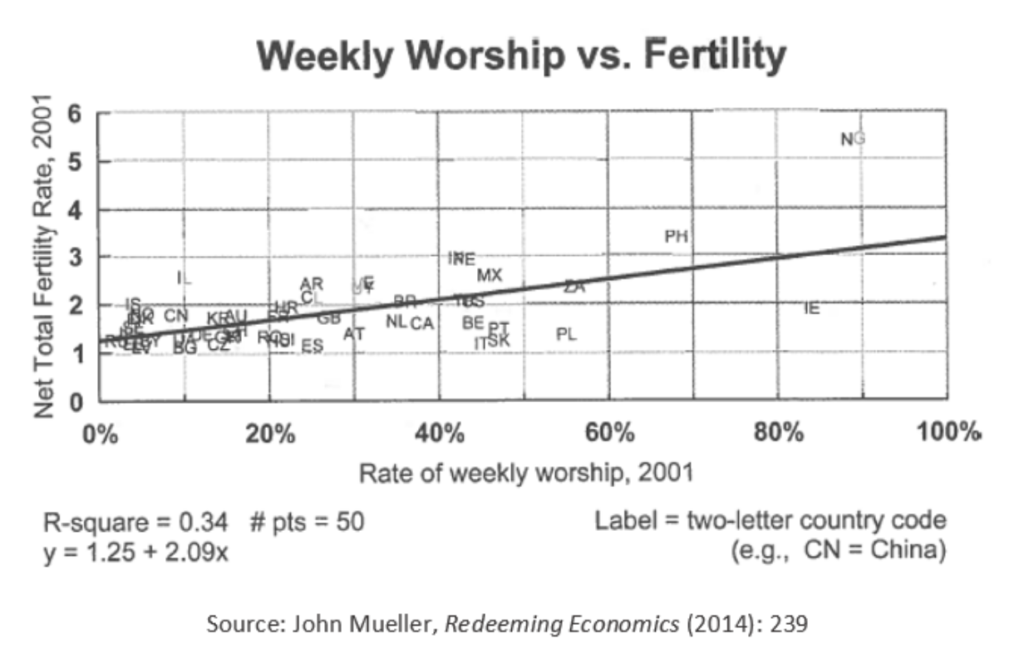 Mueller reasons: “Personal gift of time and resources involved in worship is closely and systematically associated with the personal gift of having children for their own sake rather than for the pleasure and utility of the parents.” MARRI graphs further illustrate the influence of belief in God on related issues: on the meaning and importance of having children, on happiness, and on fears and anxieties during intercourse. 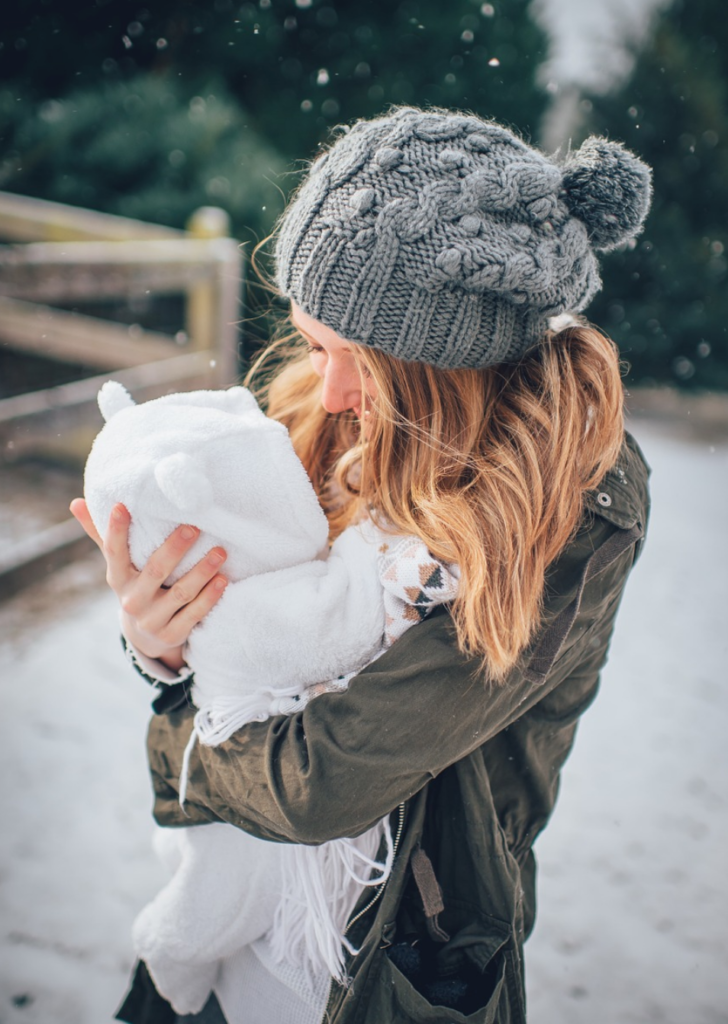 Those who worship frequently value having children more those who do not practice. National data shows intact married couples that worship frequently are happiest. National data indicates that intact families who worship weekly are less anxious and worried during intercourse. The Upshot team at the New York Times repeatedly does “almost-great” work . Had they included religious worship question and marital status question they would see a dramatically different picture. The national averages would be the same but who is afraid and who is ready to plunge forward would stand out.     With an eye to the hand that could rock the cradle and give us the world, Pat Fagan, Ph.D. Director of the MARRI Project Catholic University of America