Fathers give the gift of existence when their sperm penetrates the mother’s egg. While the mother begins nurturing her child immediately, whether the father does so depends on the couple’s “mode of living” up to that point: their own family-of-origin culture and beliefs, moral norms, and their guiding insights and beliefs on life, sexuality, family, the complementarity of the sexes and on marriage. 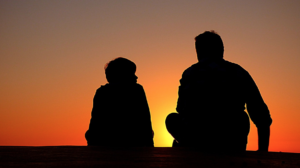 Let us jump forward fourteen years from this moment, when the baby has just come into existence to the time he has reached puberty and is now biologically capable of becoming a father. His father began to prepare him on matters sexual four years earlier when they had “the talk” introducing him to sex — a task the father denies to anyone else, for that is his and his alone —so that his boy knows how much he owes his existence to his father, and how and why.

Even though he was trained to honor the privacy of his mother and sister — “the talk” began the development of “awe” of females, the father made sure that his mother had her “talk” with him a few weeks ago— to introduce him to the wonders and changes of the female body once the egg accepts the sperm. Having this taught him by his mother changed his idea of girls forever.

His father then began to form his capacity for future marriage: to be an affirmer, a protector and a provider. He had earlier started the formation of affirmation of the women in his life: his mother, and especially his sisters. Now he begins to tutor him in observing and listening carefully so that he gets to know more about who the young women he meets at school and at play and to understand them as much as they permit him to. He teaches him how to be a recognizer of inner beauty. He tutors him in how to listen and how to evaluate — with kindness and understanding when facets become obvious that are not so beautiful or good. He reminds him constantly that every woman is to be honored. By teaching him how to affirm women his father is developing his criteria for selecting a wife.

Having protected him from pornography many years ago — another talk — the boy is used to battling internally with sexual temptation that images that arouse lust (making of a woman an object to be used). The boy has seen its effects on some of his classmates and how their attitude to girls changed mightily. He makes sure his sisters never associate with them. This all led him to a shocking conclusion — that in the adult world he is entering males can be quite predatory.

His father told him how he won this internal battle and still has to win it constantly (how to wipe images away from the mind immediately; what happens when a man does not and how to recover).

But his father also taught him that women too can grow dragons within —slayers of the innocent— and that he had to learn to differentiate between the young women he meets so that he could avoid the trap of a “slayer” in disguise. His son thought this a bit harsh but his father insisted that clear understanding is necessary if he is to be savvy on selecting a wife.

He further instructed him that forgiveness is possible and he tutored him in the need for it — even of the best woman in the world (the one he hoped his son would select) — for her faults and failings will emerge as his future marriage progresses out of the intense romance stage to the long phase of working close together in raising their own children. He will need a wife who will forgive him for his faults too. He gently advised his son:

“Son, when you are ready we can talk about what your major weaknesses are likely to be so that you will be readier to ask your wife’s forgiveness.”

“When your girlfriend questions you — if she questions you — about your sexual restraint and how you pulled it off — tell her the truth – most of it comes from you and I being close – close enough to have had these conversations over the years. Most young men don’t have that experience so they don’t have the “strength of their father in this area”. You do! It is my gift to you — and to her —– and to your children — my grandchildren.”

“Find the girl who is as close to her mother and father as you are to me and your mother.”

“Choosing who will be your wife and the mother of your children is the most important decision of your life…it will shape the rest of your existence as nothing else will… except your relationship with God. But you know that already even though you are still early in learning about your relationship with Him. There is no severing the connection between sex, egg and sperm, new life and existence and God. Well there is severing but it is disastrous. Just look around and look at the data.” 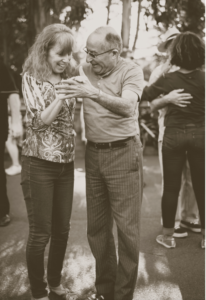 “Though my guidance is always there for you it is even better that you learn the silence in your heart that is necessary to have conversations with Him so that you get His guidance instead. That will be your strength: Inner certainty arising from inner silence. Without that silence the only voice you hear will be your own —- a bad advisor compared with YOU AND HIM together. That is where I get my deepest affirmation.”

“The other capacity you need to have — being a provider—in some ways it is the easiest part, in others it is the toughest because of the long hours of work. But you have learned to study hard so you already know how to work hard. For hard workers there are loads of job opportunities. But you must learn to save from your very first paycheck… If you can learn to live on 90% of your take-home pay you are doing well. Better still if you learn to do it on 80%… you will never have to worry about money if you learn to live below your means… and you won’t be tempted by money if you do.”

“This will also give you time for conversation in the family that other families will not have. Money and time are interchangeable. As we conquer material nature we seem to have less time — so become rich enough to have the time you need to have many conversations in the family. Protect your wife and children by keeping out the robbers of time – of conversation – of affirmation and understanding of each other.”

“Figure out first what you want: more money or more time. And choose a wife accordingly. If you choose time your children 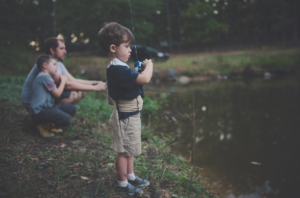 will thank you. If you choose money they may curse you. They definitely will wish you had chosen time.”

“If you are an Affirmer and a Protector being a Provider comes naturally.”

In turn his son will respond: “But father so few of my friends have families like this!”

How true—that is the great task that confronts the world.

How to change the environment so that every child has such a habitat (a home). Solve this problem and all the others fall in place easily. Solve the other problems first and we will destroy what is left of the environment.

It is time for men to lead where only they can… in being fathers to the full.