Family Structure: According to the 1972-2006 General Social Surveys, [1] 85.9 percent of married, previously-divorced adults were proud of the type of work they do, followed by 84.4 percent of always-intact married adults; however, the difference is only one and one-half percentage points. There is a significant gap between these two groups and single adults. Of the latter, 74 percent of divorced or separated single adults and 65.8 percent of never-married single adults are proud of the type of work they do. The typical pattern is for those in intact marriages to score highest on outcomes. Here they score second highest, the difference being a statistically non-significant one and one-half percentage points. However, as the evidence indicates, adults who are married (always-intact and remarried) tend to take greater pride than singles in the type of work they do. 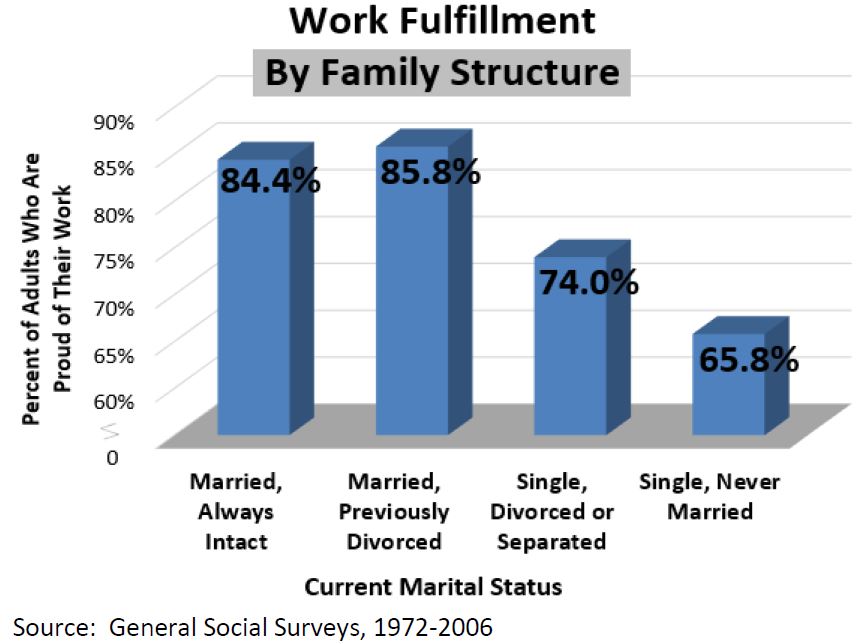 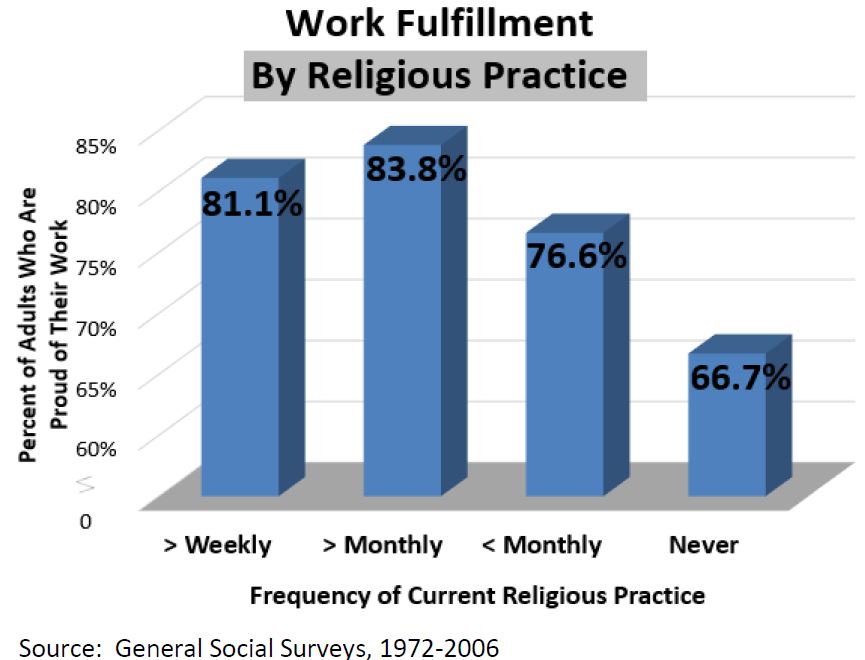 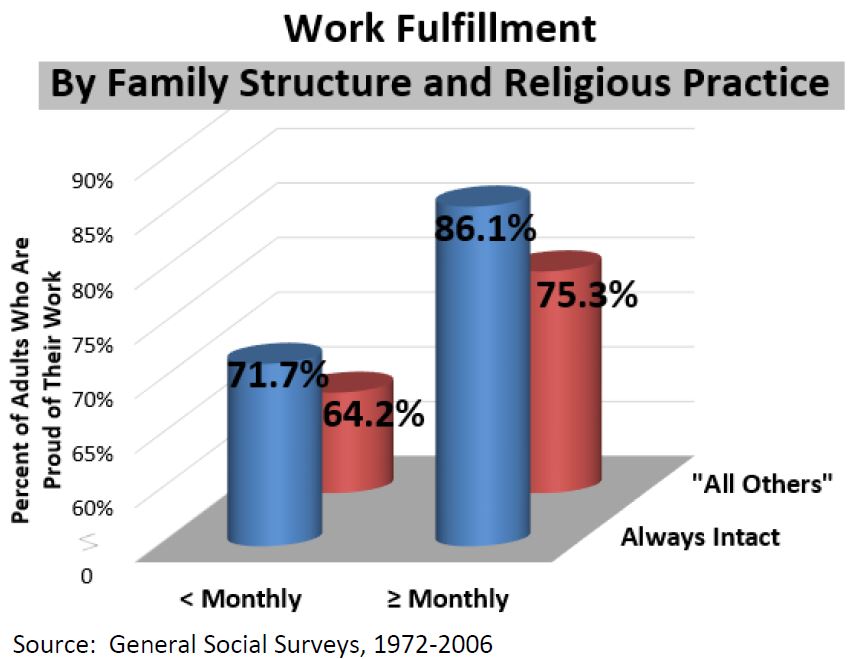