The 1997 National Longitudinal Survey of Youth shows that minors who grew up in always-married families and who attend religious services weekly at the time of the survey were least likely to have used tobacco, alcohol, or marijuana. [1] Family Structure: 12 percent of adolescents who grew up in a cohabiting stepfamily smoked, drank, or used marijuana as minors, followed by adolescents from intact married families (20 percent), intact cohabiting families (21 percent), always-single parent families (22 percent), married stepfamilies (26 percent), and divorced single-parent families (27 percent). 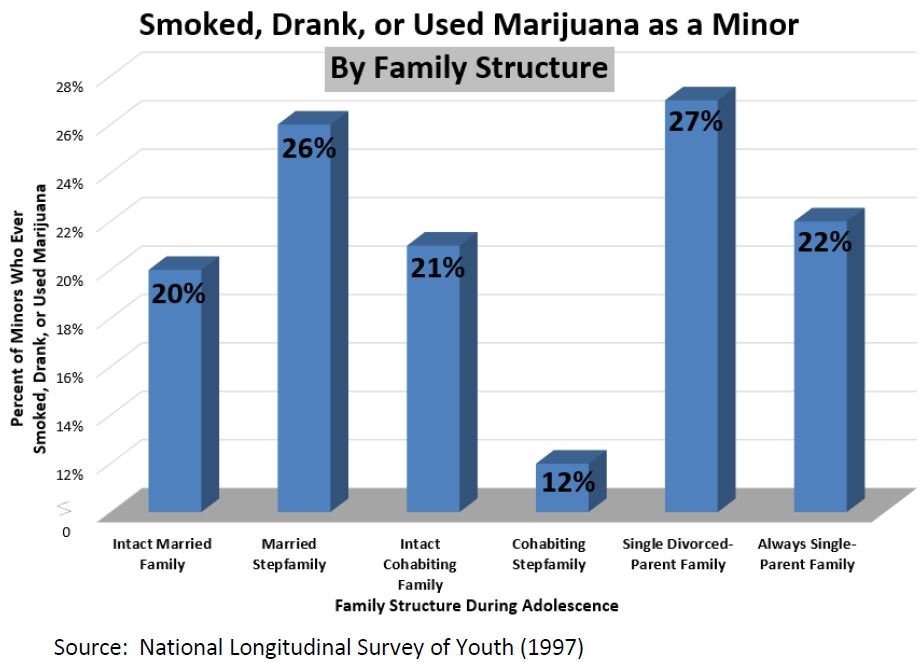 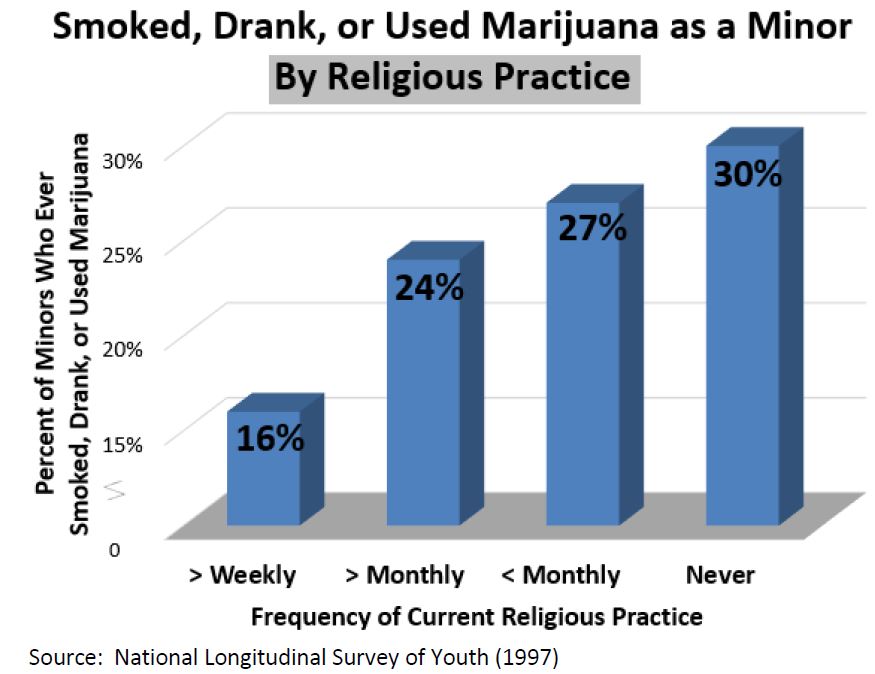 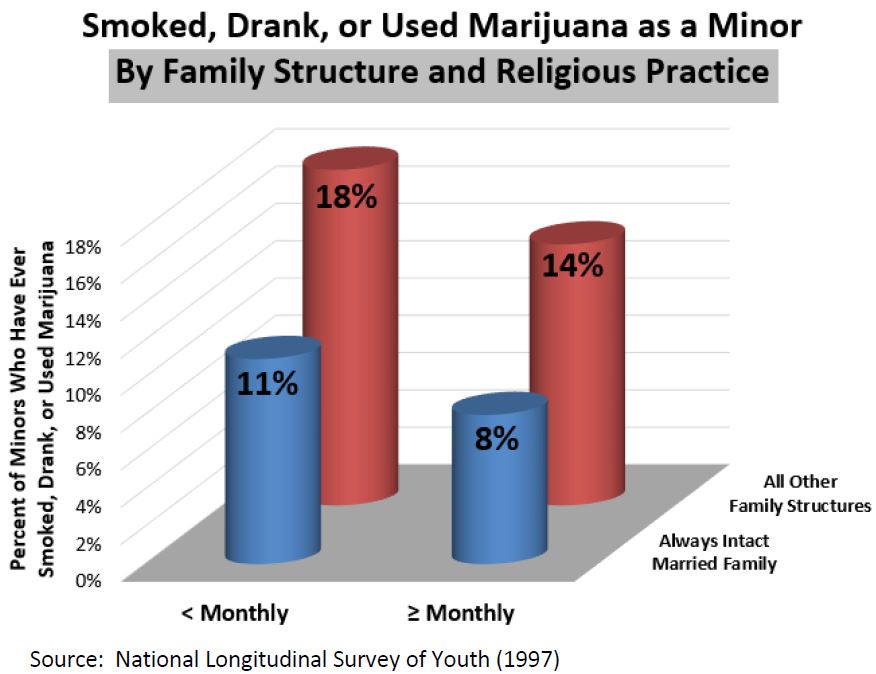 Related Insights from Other Studies: A study of 1,760 young adults found that those from two-parent families were at a lower risk for substance use. Even after controlling for race, “respondents from such families report lower levels of problematic substance use than their peers from single-parent families.” [2] Similarly, a large sample of almost 15,000 youths revealed that those from two-parent families were far less likely to ever have used marijuana or to have friends who use marijuana. Youths from two-parent families, even from families with high levels of tension, have lower levels of marijuana usage than youths from low- or high-conflict homes in which one or both of the biological parents are gone. [3] Religion also influences substance abuse by minors. One study examined 1,760 young adult women recovering from drug use. Those women who participated in religious rituals, particularly church attendance with their families, were significantly less likely to use drugs.[4] There was a strong negative correlation between frequency of church attendance and drug use.   [1] These charts draw on data collected by the National Longitudinal Survey of Youth (1997). [2] Anne E. Barrett and R. Jay Turner, “Family Structure and Substance Use Problems in Adolescence and Early Adulthood: Examining Explanations for the Relationship,” Addiction 101 (2006): 118. [3] Dusten R. Hollist and William H. McBroom, “Family Structure, Family Tension, and Self-Reported Marijuana Use: A Research Finding of Risky Behavior Among Youths,” The Journal of Drug Issues (2006): 975. [4] John E. Fife, Micah McCreary, Tashia Brewer, and Adekunle A. Adegoke, “Family Rituals, Religious Involvement, and Drug Attitudes among Recovering Substance Abusers,” North American Journal of Psychology 13, no. 1 (2011): 87-98.]]>