Family Structure: Students who lived with their married biological parents carried the highest average combined grade point average (GPA) for English and Math (2.9). Those whose parents never married or who lived with cohabiting adults, only one of whom was a natural parent, had the lowest GPA (2.5). Slightly above that group were students living with stepparents, divorced parents, or both unmarried biological parents (2.6). 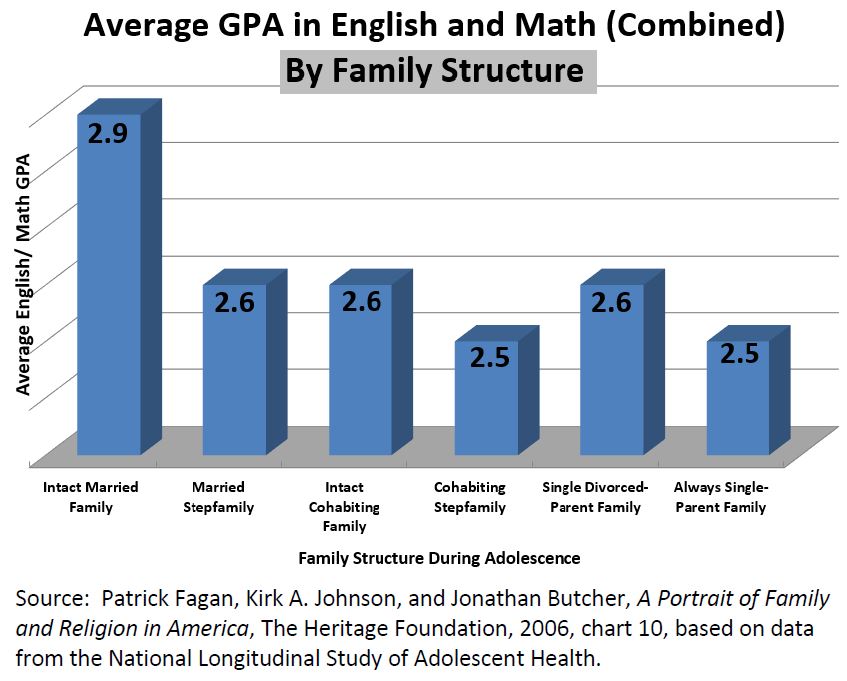 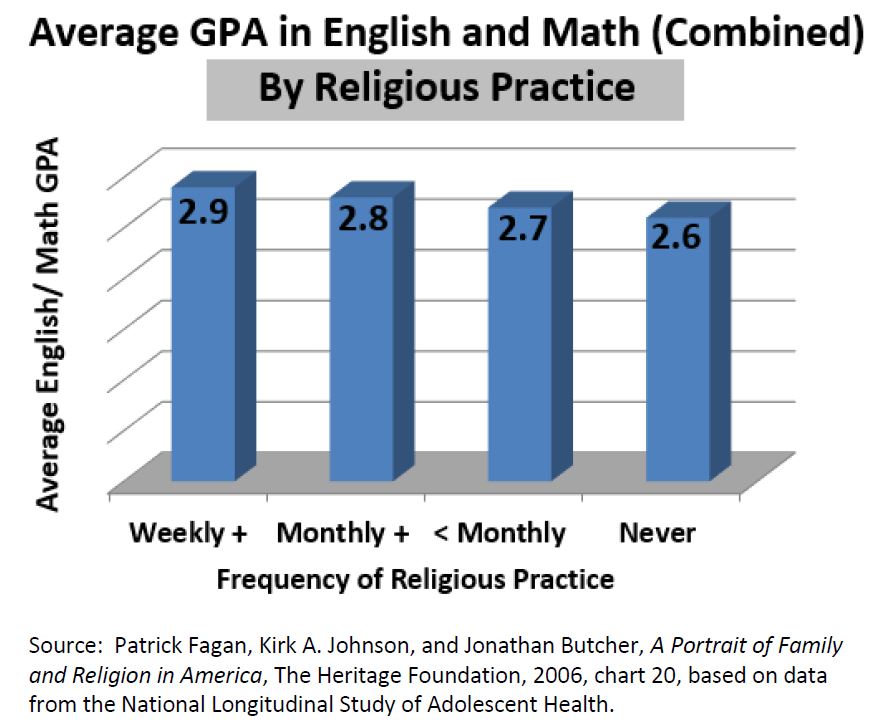 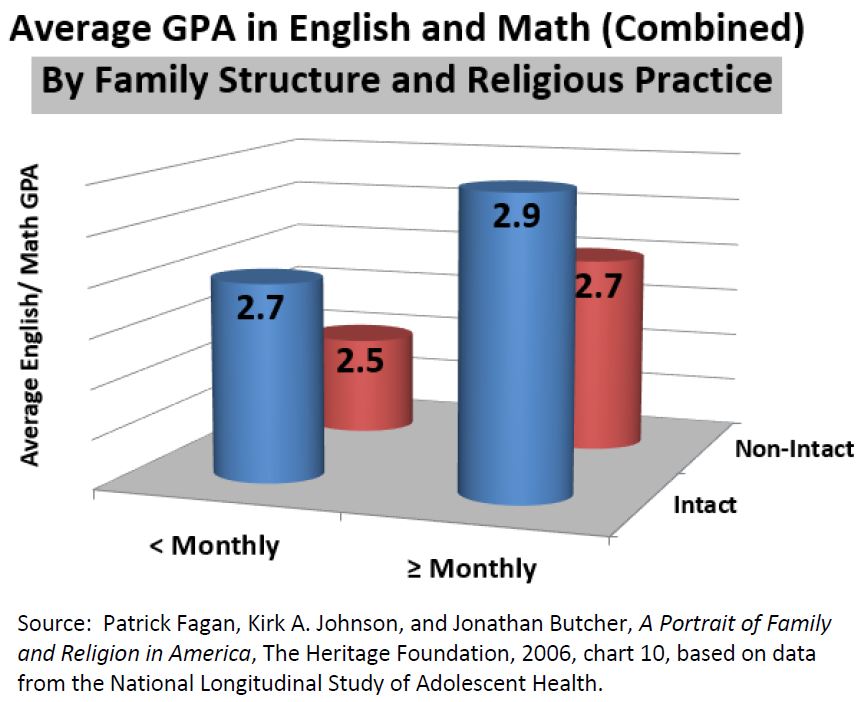