Received a Bachelor’s Degree by Family Structure and Religious Practice 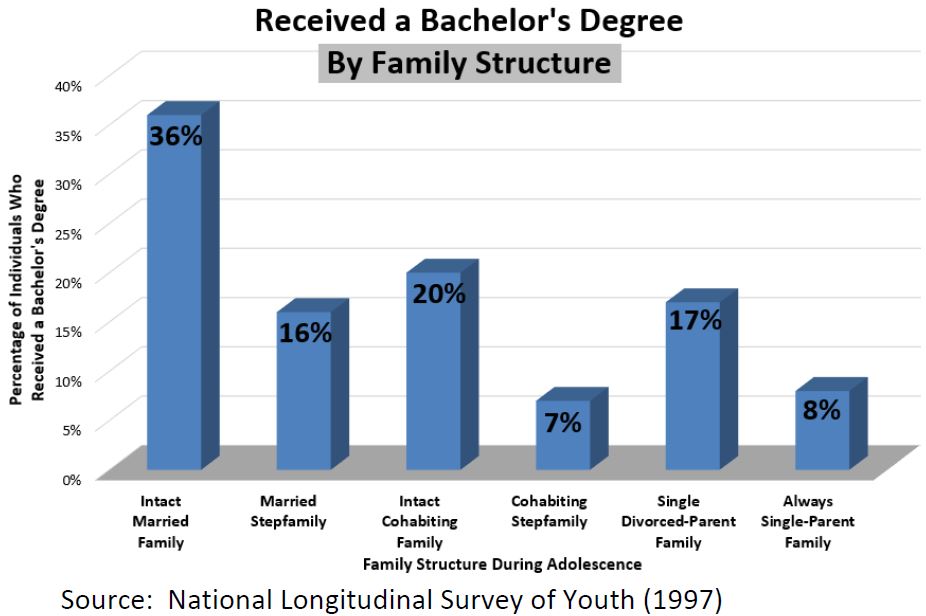 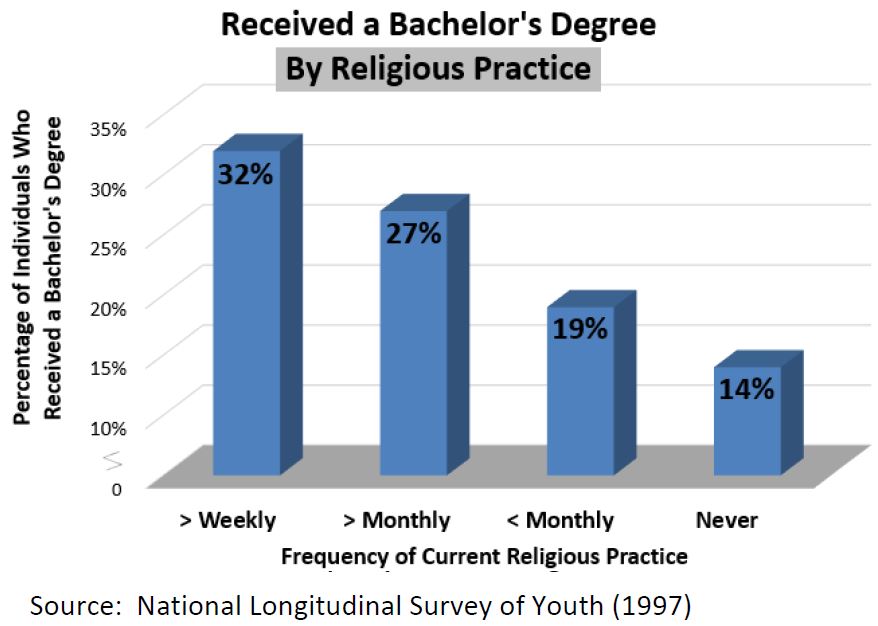 Family Structure and Religious Practice Combined: Twenty two percent of individuals who grew up in intact married families and attended weekly religious services received a Bachelor’s degree. It is clear that family structure plays a significant role in educational attainment, because individuals who grew up in intact married families that never attended church were equally likely to receive a Bachelor’s degree (22 percent). They were followed closely by individuals from non-intact families that attended weekly religious services (20 percent) and those from non-intact families that had no religious attendance (10 percent). 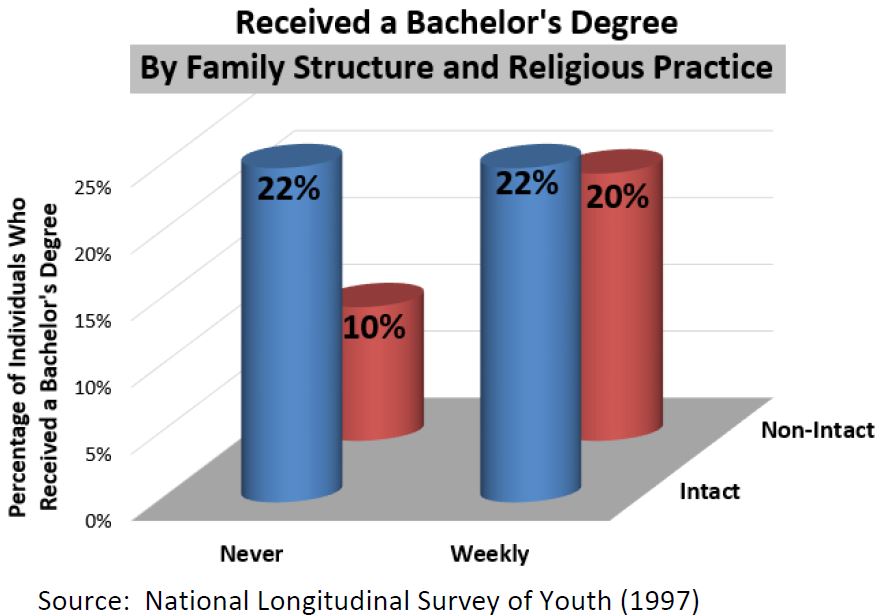 Related Insights from Other Studies: Religious attendance and education are related in many ways. Studies also show that educational attainment is related to the religious commitment of an individual’s community, as measured by church attendance. Individuals who lived in communities with high religious densities had, on average, more years of education than those who lived in less religiously dense communities.[2] Additionally, another study shows that, compared to students enrolled in four-year colleges, those who did not attend college were more likely to report a decrease in religious service attendance, a decline in the importance of religion in their lives, or a change to no religious affiliation.[3] Individuals from intact families completed, on average, more years of schooling and were more likely to graduate from high school and college than were their peers raised in non-intact families.[4]   [1] These charts draw on data collected by the National Longitudinal Survey of Youth (1997). [2] Gruber, Jonathan. “Religious Market Structure, Religious Participation, and Outcomes: Is Religion Good for You.” National Bureau of Economic Research. Vol. No. 11377 (2005). [3] Uecker, Jeremy E. “Losing My Religion: The Social Sources of Religious Decline in Early Adulthood.” Social Forces Vol. 85 (4) (2007) pp. 1667-1692. [4] Ginther, Donna K., “Family Structure and Childrens Educational Outcomes: Blended Families, Stylized Facts, and Descriptive Regressions. Demography Vol. 41(4) (2004) pp. 671-696.]]>