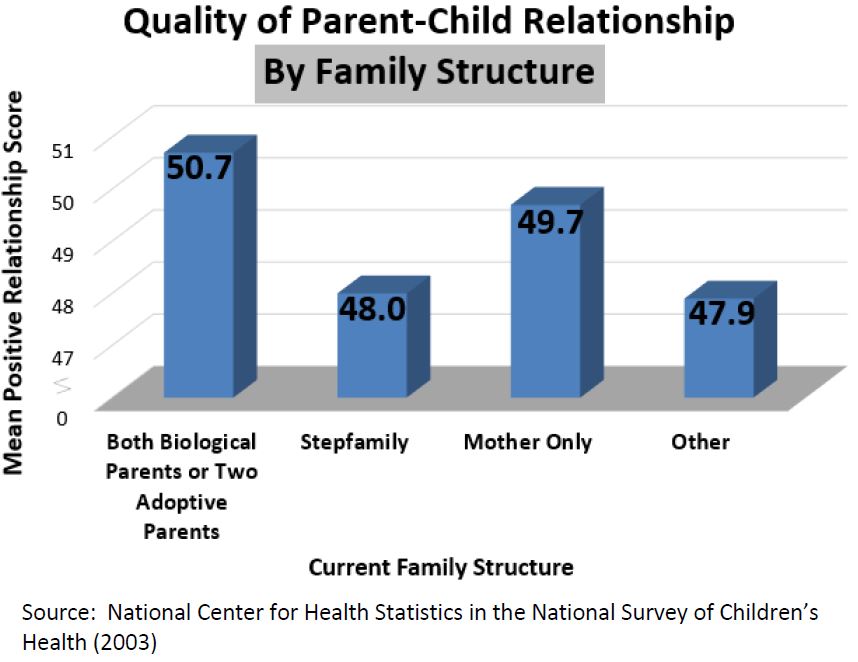 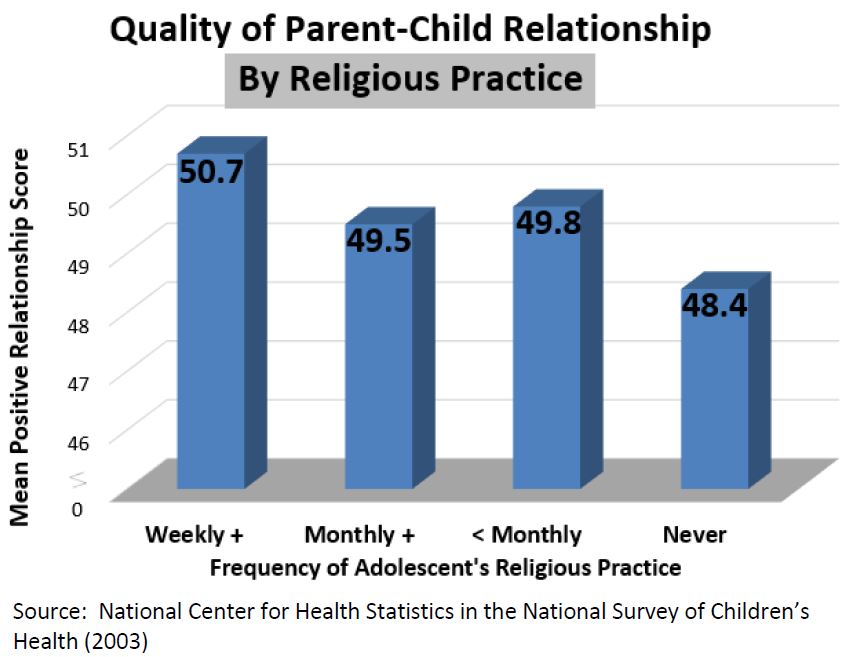 Family Structure and Religious Practice Combined: Children who worshipped frequently and lived with both biological parents or with two adoptive parents had a higher score (50.9) than those who worshipped less than monthly and lived in single-parent or reconstituted families (47.5). In between were those who lived in intact families and worshipped less than monthly (49.7) and those who lived in non-intact families who worshipped at least monthly (49.7). The data were taken from the National Survey of Children’s Health. The stress of marital conflict and separation, and the strains of maintaining a household and rearing children as a single parent, often interfere with the task of interacting with children in a calm, positive, yet firm and authoritative manner.[3] On the other hand, when parents and children are involved in a religious community, other members of the community and their children provide emotional support and practical assistance to the family and make it easier for parents to raise their children. Members of a religious community also reinforce the moral and spiritual lessons that parents try to impart to their children.[4] 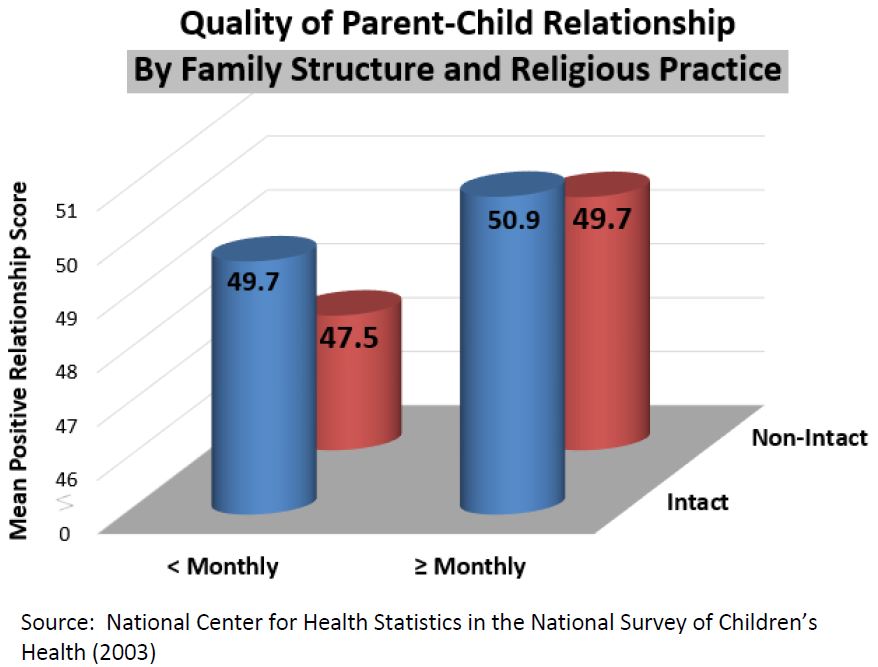 Related Insights from Other Studies: Several other sources corroborate the direction of these findings. John Bartkowski of Mississippi State University and W. Bradford Wilcox of Princeton University reported that single parents “are more likely to yell” at their children and that conservative Protestant parents are less likely to do so.[5] Jean Yeung of the University of Michigan and colleagues also found that fathers in intact families devote more time to their children and that most of the “social activity” time fathers spend with their children consists of religious activities.[6] As the data indicate, religious attendance, religiosity, and intact families are building blocks of healthy parent-child relationships.   [1] “Other family configurations” also include children living with grandparent or other relatives. [2] Most of the parents in the “biological parent and a stepparent” category are married. [3] Paul R. Amato, “The Consequences of Divorce for Adults and Children,” vol. 62 (2000): 1,269-1,287. [4] E. Mavis Hetherington and John Kelly, For Better or For Worse: Divorce Reconsidered (New York: W. W. Norton & Company, Inc., 2002): 75-76. [5] John P. Bartkowski and W. Bradford Wilcox, “Conservative Protestant Child Discipline: The Case of Parental Yelling,” Social Forces, vol. 79 (2000): 265-290. [6] W. Jean Yeung, et al., “Children’s Time with Fathers in Intact Families,” Journal of Marriage and Family, vol. 63 (2001): 136-154.    ]]>