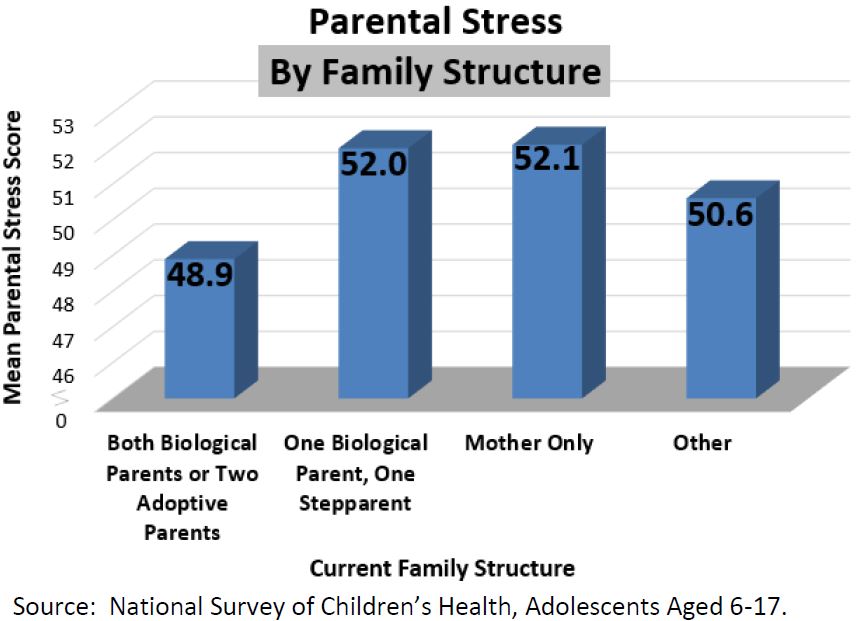 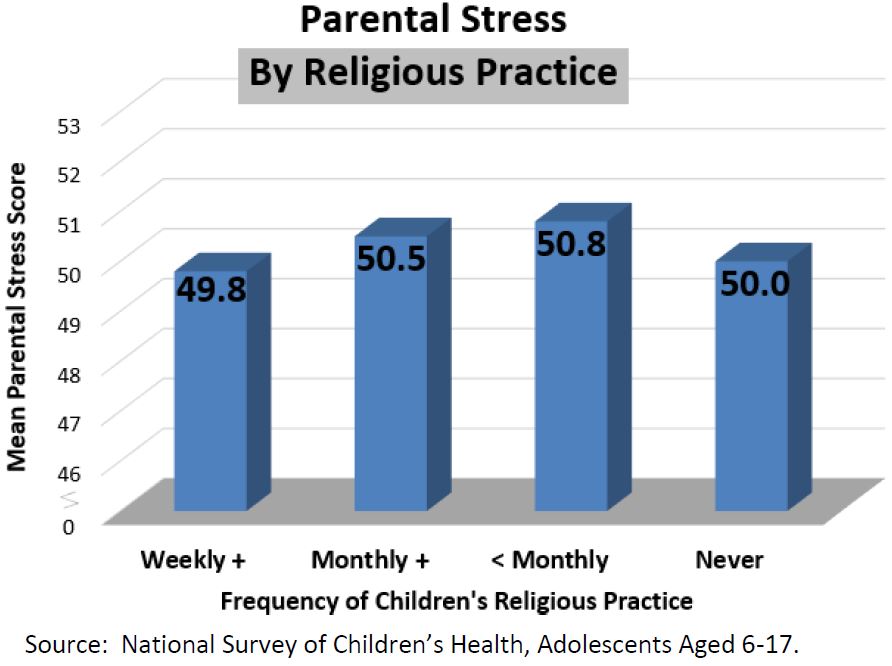 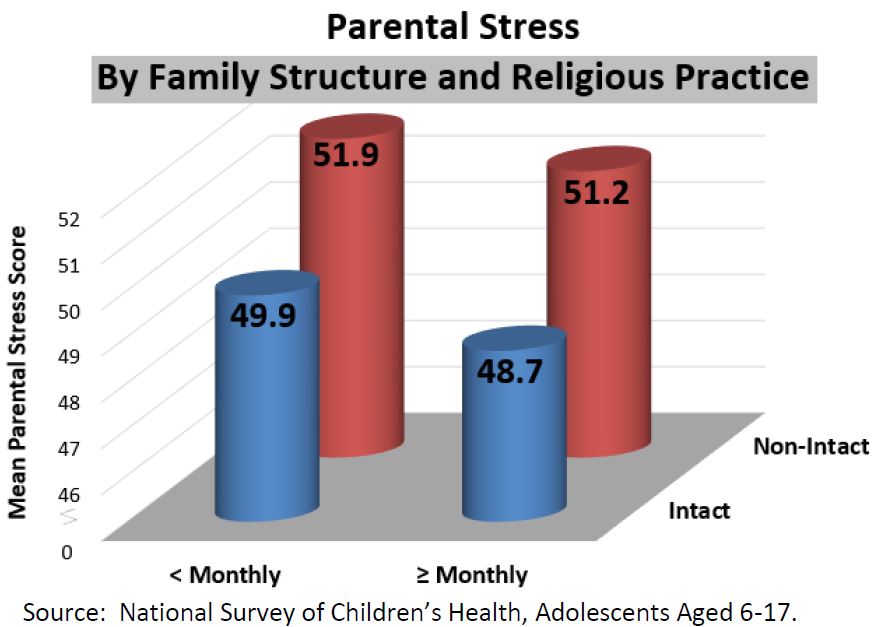 Related Insights from Other Studies: Several other studies corroborate the direction of these findings. Paul Amato of the Pennsylvania State University reported that “adults and children from divorced families, as a group, score lower than their counterparts in married-couple families on a variety of indicators of well-being,” including happiness, self-conceptions, and psychological distress.[3] John Cairney of the University of Toronto and colleagues also found that single mothers reported “higher levels of chronic stress” than married mothers did.[4] Rukmalie Jayakody and Dawn Stauffer of the Pennsylvania State University found that, compared to married mothers, single mothers exhibit a significantly higher rate of psychiatric disorders, the most common being depression.[5] As the evidence shows, biological parents who live together are less stressed and much healthier than their single and divorced counterparts. Though little work has been done on the connection between children’s religious attendance and parenting stress, several other studies support a positive correlation between religious attendance and stress relief. David Schlundt of Vanderbilt University and colleagues reported a significant correlation between religious attendance and better mental health.[6] In an analysis of the Canadian Community Health Survey, Marilyn Baetz of the University of Saskatchewan and colleagues found that frequent religious attendance is associated with lower lifetime depression and fewer psychiatric disorders.[7] Alexander Moreira-Almeida of the University of São Paulo in Brazil and colleagues also reported that religiousness “usually has a positive association with good mental health.”[8] Marc Musick of the University of Texas at Austin and colleagues found a significant “protective effect of service attendance on mortality.”[9] As the data indicate, parents of families that frequently attend religious services are least likely to be stressed.   [1] Categories covered under “other” include children with father only, foster parent, and children living with grandparent or other relatives. [2] Most of the parents in the “biological parent and a stepparent” category are married. [3] Paul R. Amato, “The Consequence of Divorce for Adults and Children,” Journal of Marriage and the Family, vol. 62 (2000): 1269-1287. [4] John Cairney, et al., “Stress, Social Support, and Depression in Single and Married Mothers,” Social Psychiatry and Psychiatric Epidemiology, vol. 38 (2003): 442-449. [5] Rukmalie Jayakody and Dawn Stauffer, “Mental Health Problems among Single Mothers: Implications for Work and Welfare Reform,” Journal of Social Issues, vol. 56 (2000): 617-634. [6] David Schlundt, et al., “Religious Affiliation, Health Behaviors and Outcomes: Nashville REACH 2010,” America Journal of Health Behavior, vol. 32 (2008): 714-724. [7] Marilyn Baetz, et al., “How Spiritual Values and Worship Attendance Relate to Psychiatric Disorders in the Canadian Population,” Canadian Journal of Psychiatry, vol. 51 (2006): 654-661. [8] Alexander Moreira-Almeida, et al., “Religiousness and Mental Health: A Review,” Revista Brasileira de Psiquiatria, vol. 28 (2006): 242-250. [9] Marc A. Musick, et al., “Attendance at Religious Services and Mortality in a National Sample,” Journal of Health and Social Behavior, vol. 45 (2004): 198-213.      ]]>