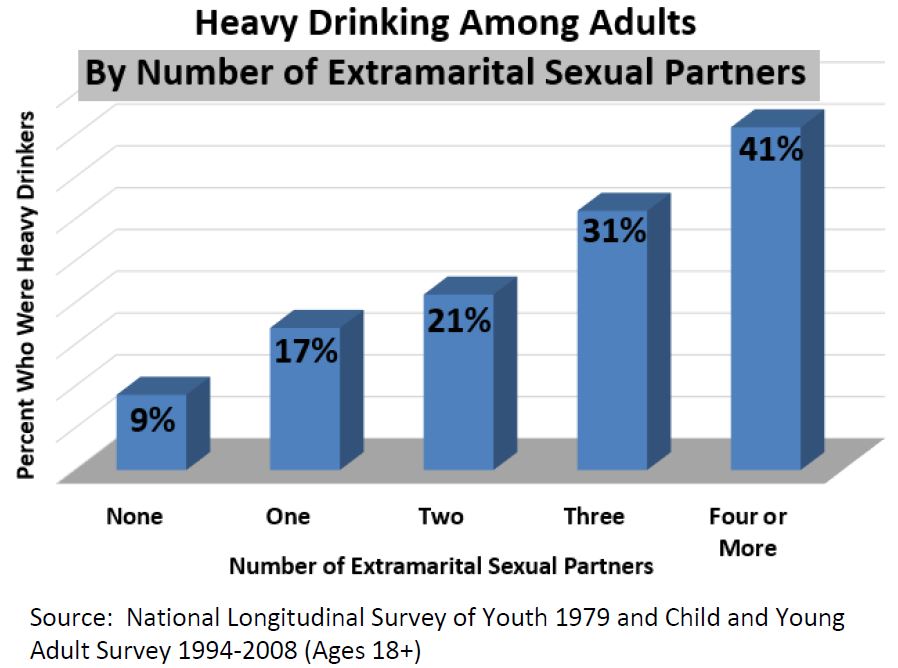 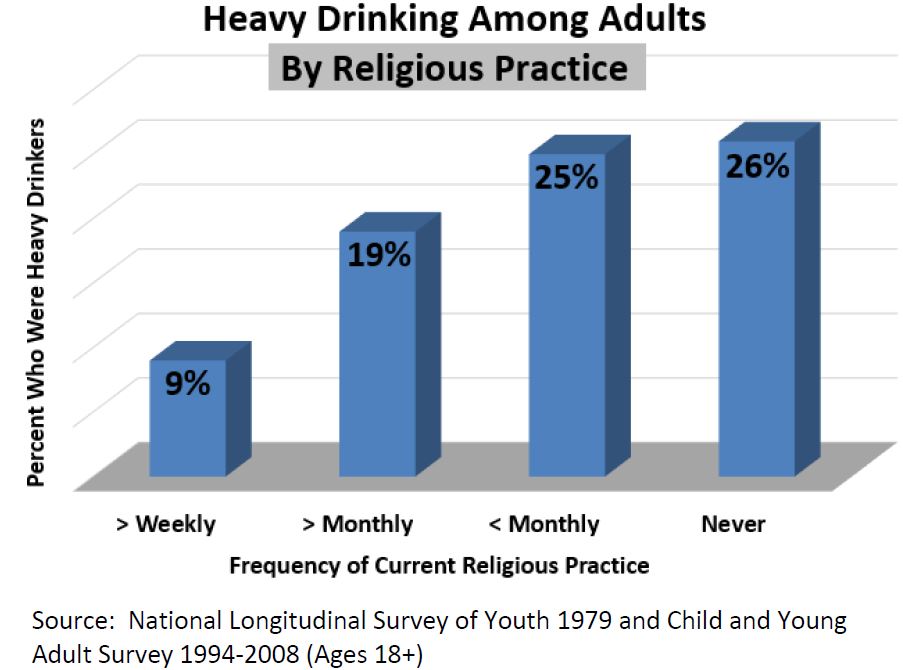 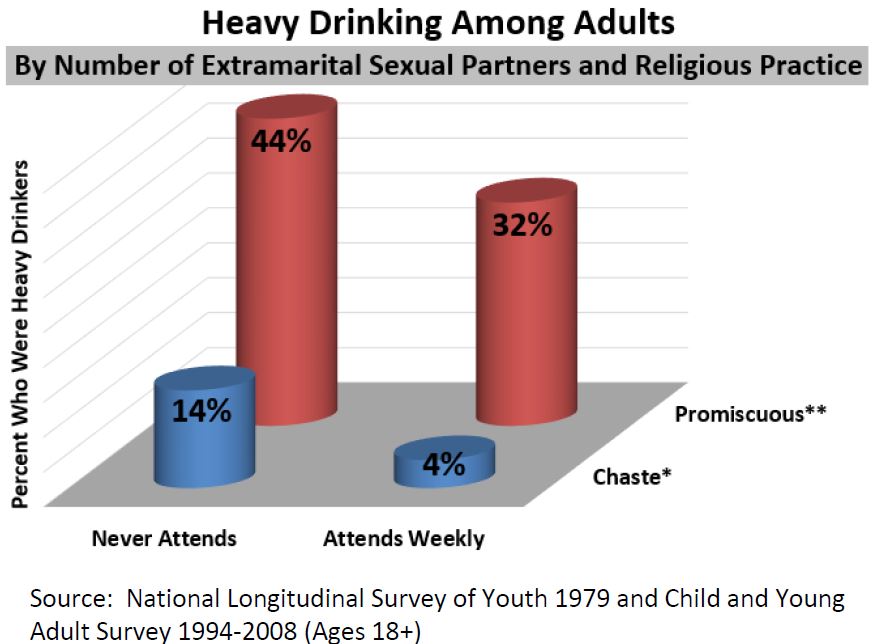 Related Insights from Other Studies: Other studies show relationships between sexual activity and drinking. A 1990 random digit-dial telephone survey done of 16- to 19-year-olds in Massachusetts found that 64 percent of teenagers who reported having sexual intercourse did so after drinking and 15 percent did so after other drug use. Forty-nine percent of teenagers were more likely to have sex if they and their partner had been drinking.[2] Additionally, another study found that drinking at an early age was associated with alcohol and sexual risks through mid-adolescence; early drinkers were more likely to report later alcohol problems, as well as multiple sexual partners and being drunk or high during sexual intercourse. Among females, early drinking was also related to sexual initiation and recent sexual intercourse.[3] Religious practice also affects alcohol use. One study found that among college students those, who were from “Gentile” religious traditions (as opposed to “Jewish” religious traditions), those who were not strongly attached to a particular faith, and those who had parents who were alcohol abusers were more likely to abuse alcohol. This same study found that parental religious affiliation influenced the alcohol choices made by their children, with greater parental religiosity leading to less alcohol abuse by the children.[4] Another study of college students also found that students with no religious affiliation drank significantly more and more frequently, got drunk more, drank more for celebration purposes, and had greater perceived drinking norms.[5]   [1] These charts draw on data collected by the National Longitudinal Survey of Youth 1979 and Child and Young Adult Survey 1994-2008 (Ages 18+) [2]Lee Strunin and Ralph Hingson, “Alcohol, Drugs, and Adolescent Sexual Behavior,” Substance Use & Misuse 27, no. 2 (1992): 129-146. [3] Ann Stueve and Lydia N. O’Donnell, “Early Alcohol Initiation and Subsequent Sexual and Alcohol Risk Behaviors Among Urban Youths,” American Journal of Public Health 95, no. 5 (May 2005): 887-893. [4] H. Wesley Perkins, “Parental Religion and Alcohol Use Problems as Intergenerational Predictors of Problem Drinking among College Youth,” Journal for the Scientific Study of Religion 26, no. 3 (September 1987): 340-357. [5] Julie A. Patock-Peckham, Geoffrey T. Hutchinson, Jeewon Cheong, and Craig T. Nagoshi, “Effect of religion and religiosity on alcohol use in a college student sample,” Journal of Drug and Alcohol Dependence  49, no. 2 (January 1998): 81–88.  ]]>