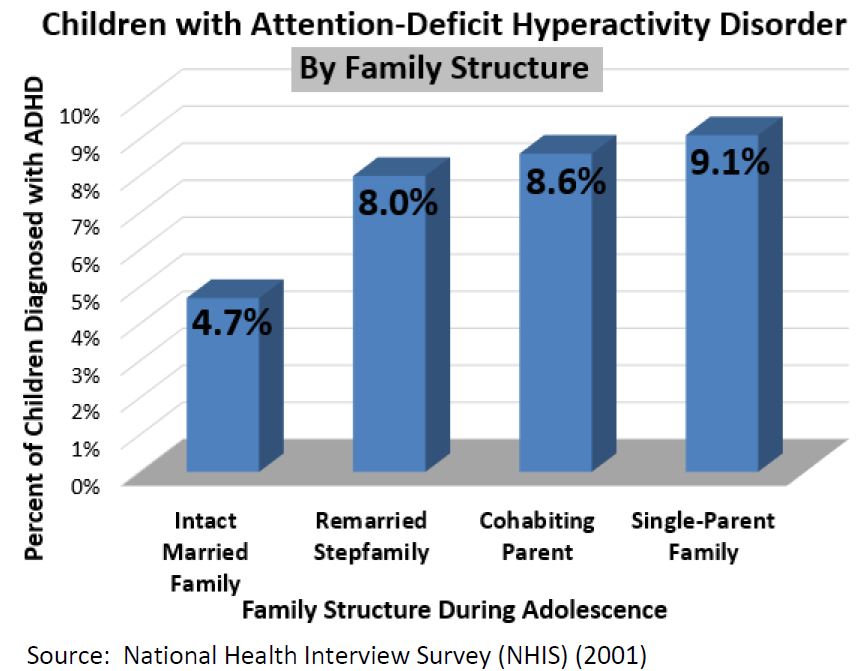 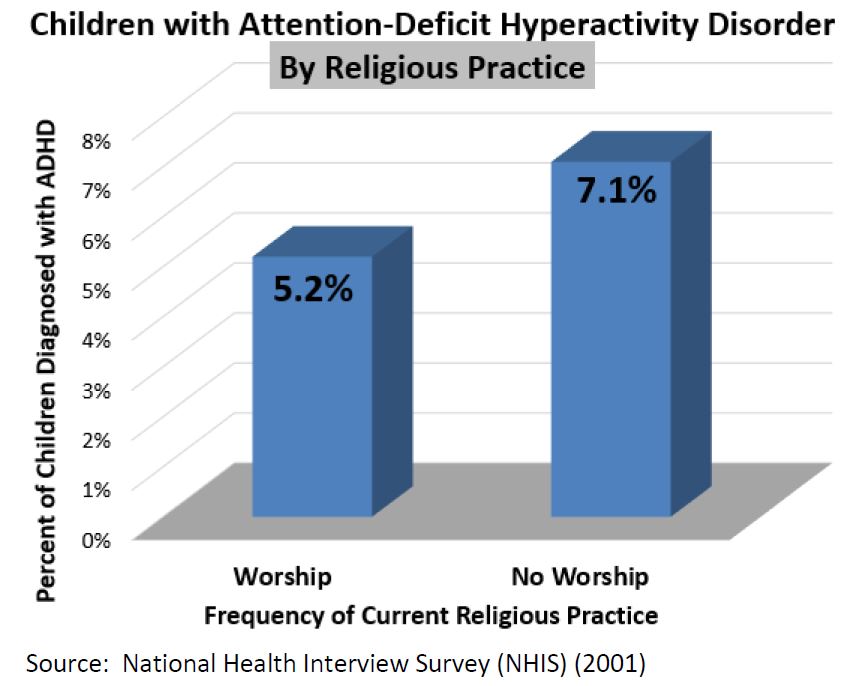 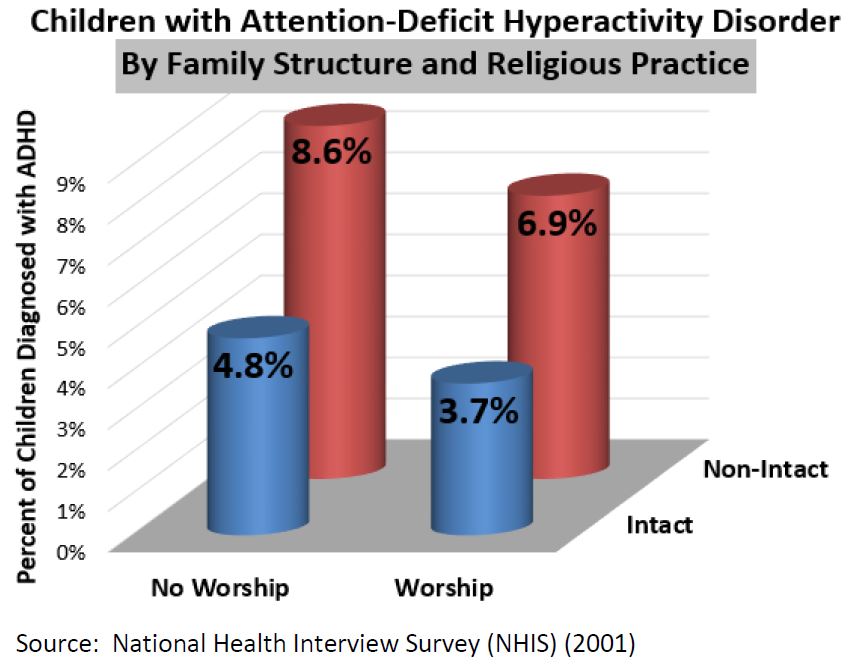 Related Insights from Other Studies: A robust collection of research shows that family structure can significantly impact the mental health of children. Ann-Margret Rydell found that single parenthood and step-parenthood was associated with high levels of ADHD symptoms, and that family conflict had a strong additive effect on the level of ADHD symptoms in children (beyond the effects of demographic factors). [3] Using the National Survey of Children’s Health, Matthew D. Bramlett and Stephen J. Blumberg found that more than two times as many children raised in blended step-families, blended adoptive families, and grandparent families were ever told their child has ADD/ ADHD than children raised in two-parent families.[4] These studies reiterate that children tend to be healthier in two-parent biological families.   [1] A worshipping family has attended at least one worship service in the past two weeks. [2] These charts draw on data collected by the National Health Interview Survey, 2001 [3] Rydell, Ann-Margret. “Family factors and children’s disruptive behavior: an investigation of links between demographic characteristics, negative life events and symptoms of ODD and ADHD.” Sociological Psychiatric Epidemiology 45 (2010): 233-244. [4] Bramlett, Matthew D. and Blumberg, Stephen J. “Family structure and children’s physical and mental health.” Health Affairs 26 (2007): 549-558.    ]]>