The 2001 cycle[1] of the National Health Interview Survey (NHIS) found that children in intact families that worshipped[2] were least likely to have been told by a school representative or health professional that they had a learning disability.[3] Family Structure: At the time of the survey, fewer children in intact married families had ever been told they had a learning disability (5.5 percent) than children in remarried stepfamilies (8.8 percent), cohabiting families (9.6 percent) or single parent families (10.4 percent). [4] 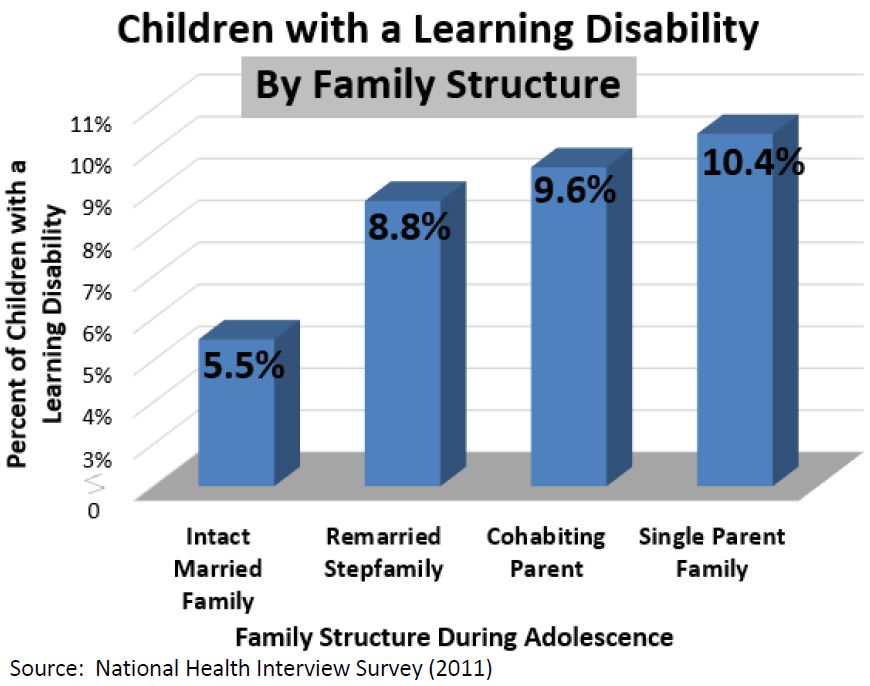 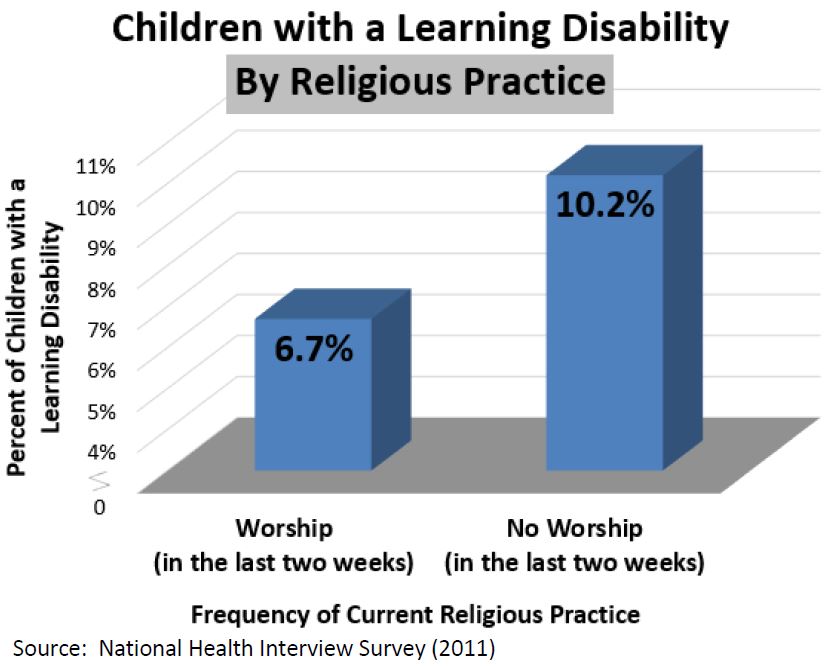 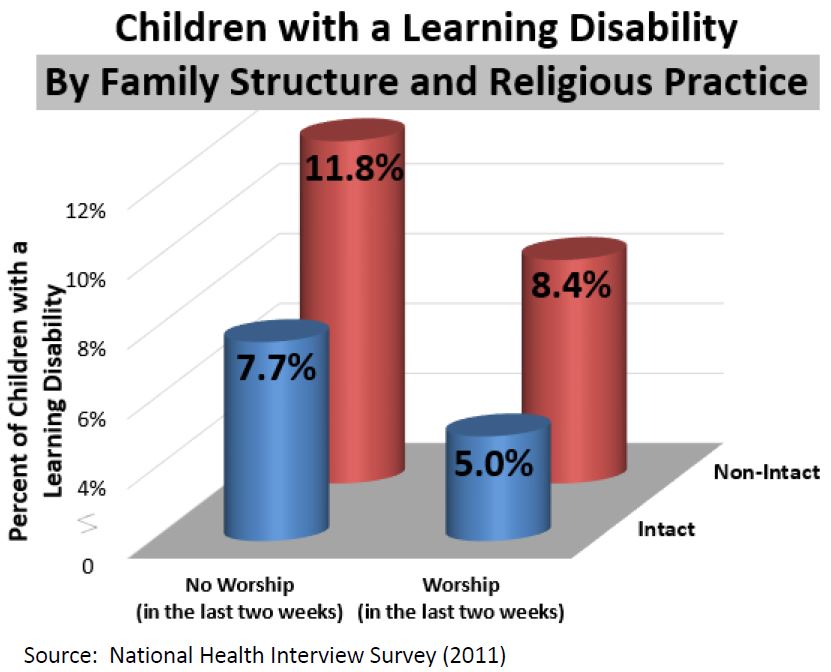 Related Insights from Other Studies: A growing body of research confirms that family structure profoundly impacts adolescents’ learning trajectories. Using the National Survey of Children’s Health, Maja Altarac and Ekta Saroha found that children from two-parent families (other than stepfamilies) were less likely to have learning disabilities than children in alternative family structures.[5] Religious worship also bolsters learning development. John Bartkowski, Xiaohne Xu, and Martin Levin examined the Early Childhood Longitudinal Study to determine that the religious attendance of fathers and mothers positively predicts children’s self-control, greater interpersonal skills, and better cognitive development. Worship also provides protective effects against children’s sadness/ loneliness and children’s impulsiveness/ overactiveness.   [1] The 2001 cycle of the National Health Interview Survey (NHIS) was chosen because that year had a measure of religious attendance, permitting our regular Mapping America analysis. [2] A worshipping family has attended at least one worship service in the past two weeks. [3] According to the 2000 NHIS Field Representative’s Manual, “learning disability” for this question was defined as: “a disorder in one or more of the basic psychological processes involved in understanding or using language, spoken or written. It may be evident by an inability to listen, think, speak, read, write, spell, or do mathematical calculations.” [4] These charts draw on data collected by the National Health Interview Survey, 2001 [5] Altarac, Maja and Saroha, Ekta. “Lifetime prevalence of learning disability among US children.” Pediatrics 119 (2007) S77-S83.  ]]>