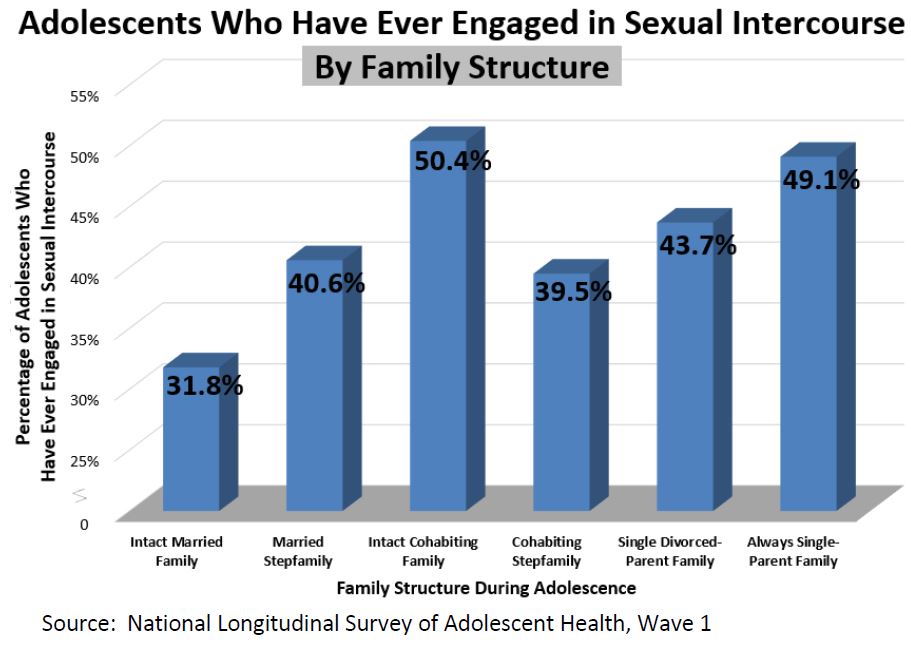 Religious Practice: The likelihood that an adolescent had ever had sex decreased as the adolescent’s religious involvement increased. Thirteen to nineteen year-olds who attended religious services weekly or more within the past year were less likely to have engaged in sexual intercourse (30.9%) than those who attended less than monthly but not weekly (36.0%), less than monthly (39.9%), or never (44.9%). 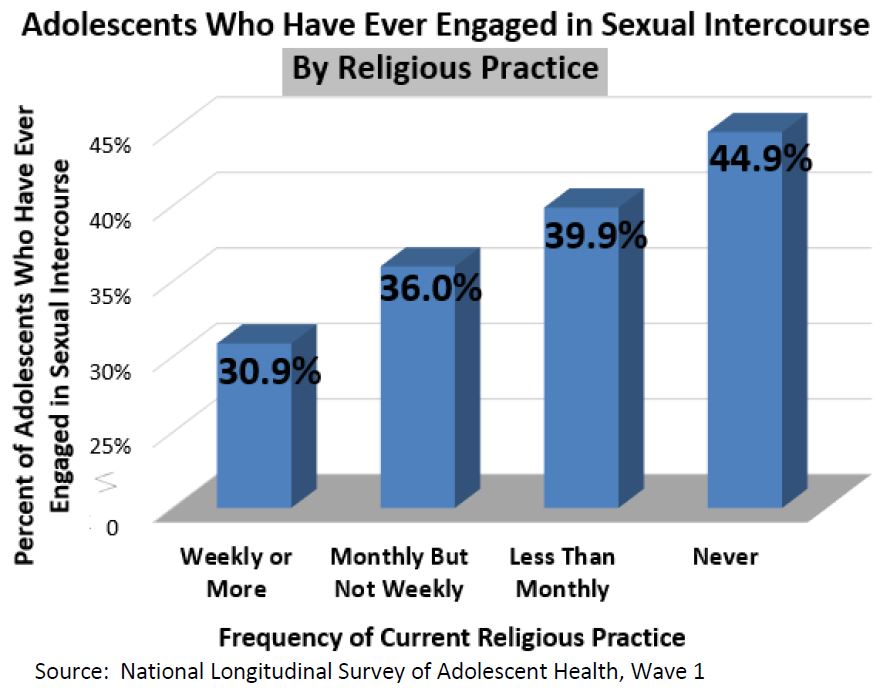 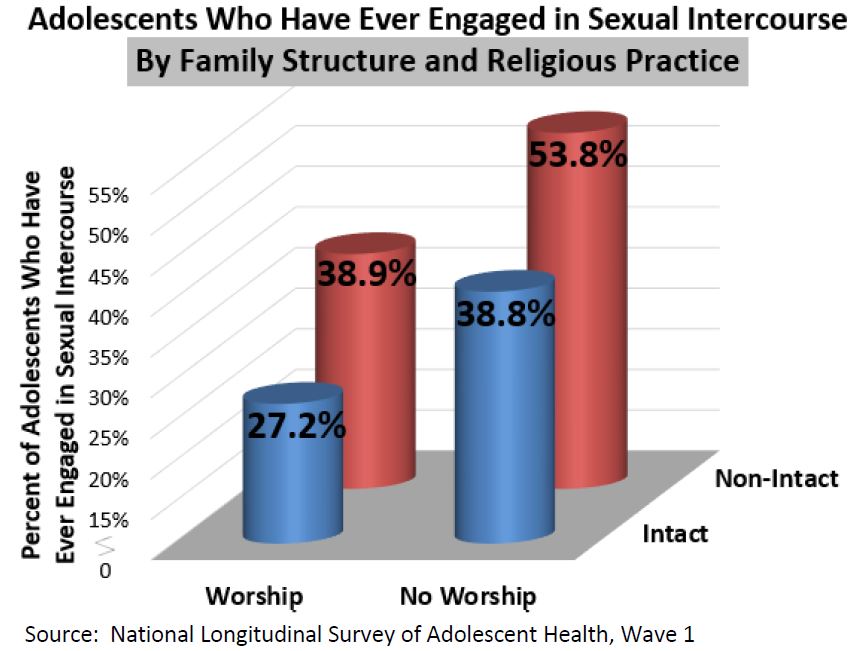