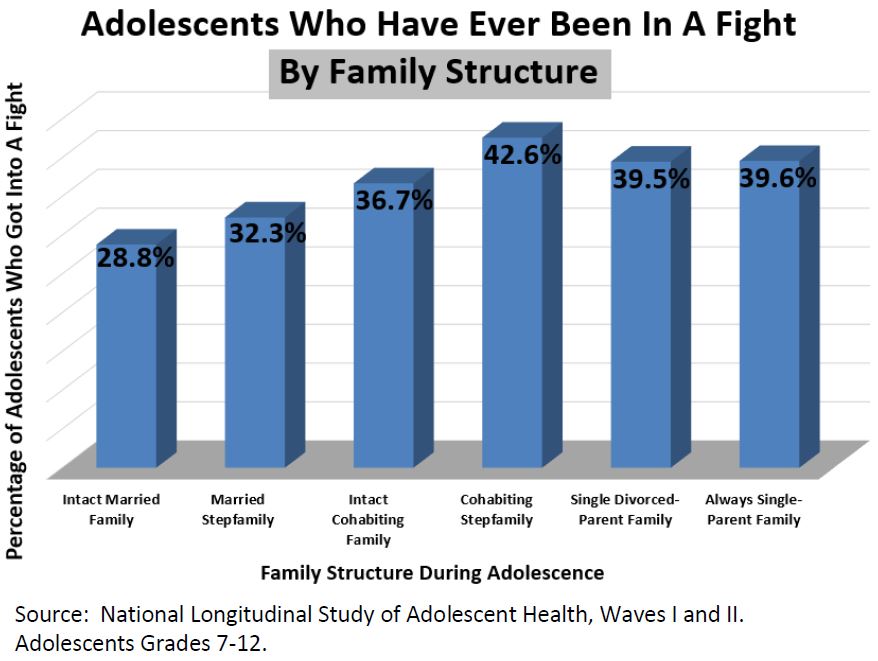 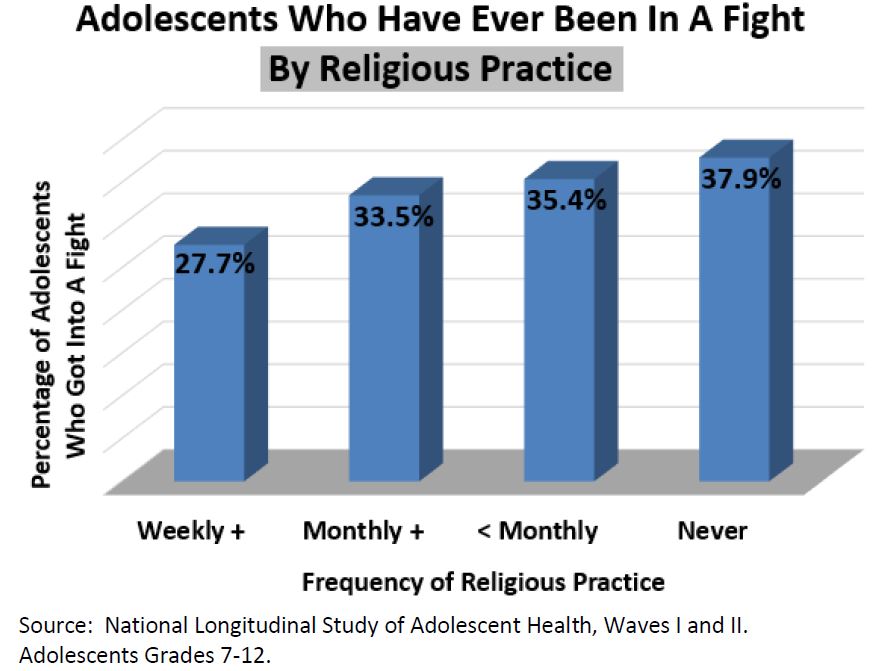 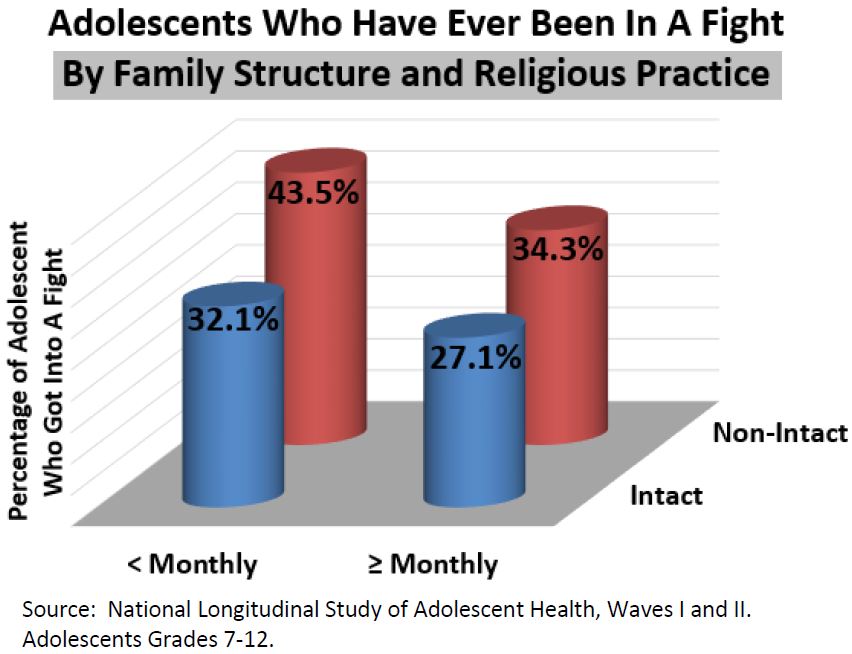 Related Insights from Other Studies: Many other studies confirm the direction of these findings. Wendy Manning and Kathleen Lamb of Bowling Green State University reported that teens who were more religious had less behavioral problems than other teens. They also found that adolescents living with married biological parents were less delinquent than those living within any other family structure.[1] Michelle Pearce of Yale University and colleagues found that “a greater level of parent involvement and private religious practices were associated with a decrease in conduct problems over a 1-year period.”[2] Lela McKnight and Ann Loper of the University of Virginia also reported that residing in a single-parent household was one of only two significant risk factors associated with delinquency in female adolescents. Degree of religious belief was one of five significant resilience factors.[3] Christian Smith of the University of Notre Dame found that adolescent children whose parents attended church regularly were more likely to expect their parents to be upset if they discovered their children had been fighting.[4] When it comes to keeping children from getting into fights, the intact married family that worships regularly is the most effective peacekeeping force.     [1] Wendy D. Manning and Kathleen A. Lamb, “Adolescent Well-Being in Cohabiting, Married, and Single-Parent Families,” Journal of Marriage and Family 65 (2003): 876-893. [2] Michelle J. Pearce, Stephanie M. Jones, Mary E. Schwab-Stone, and Vladislav Ruchkin, “The Protective Effects of Religiousness and Parent Involvement on the Development of Conduct Problems among Youth Exposed to Violence,” Child Development 74.6 (2003): 1682-1696. [3] Lela Renee McKnight and Ann Booker Loper, “The Effect of Risk and Resilience Factors on the Prediction of Delinquency in Adolescent Girls,” Social Psychology International 23.2 (2002): 186-198. [4] Christian Smith, “Religious Participation and Parental Moral Expectations and Supervision of American Youth,” Reviews of Religious Research 44.4 (2003): 414-424. This finding is from www.familyfacts.org.  ]]>