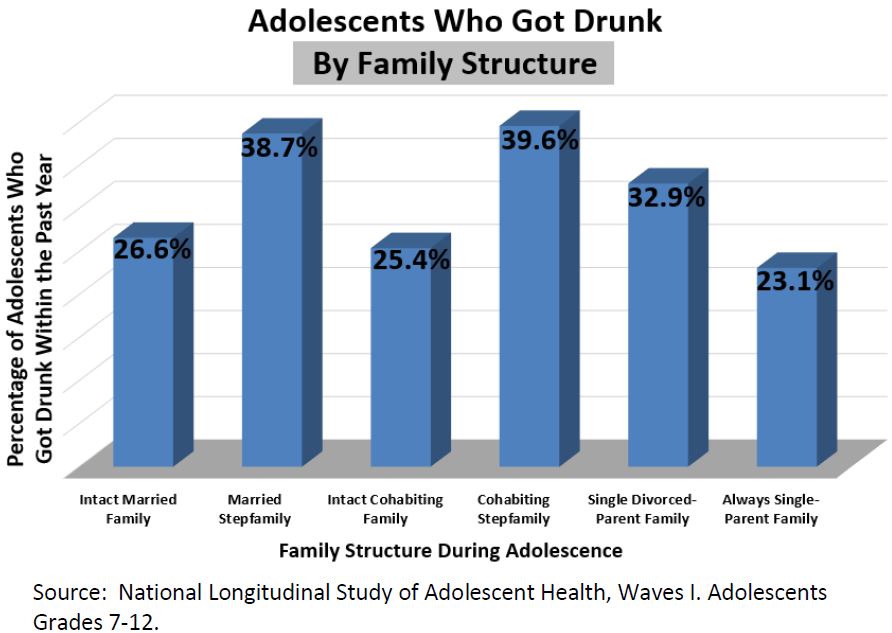 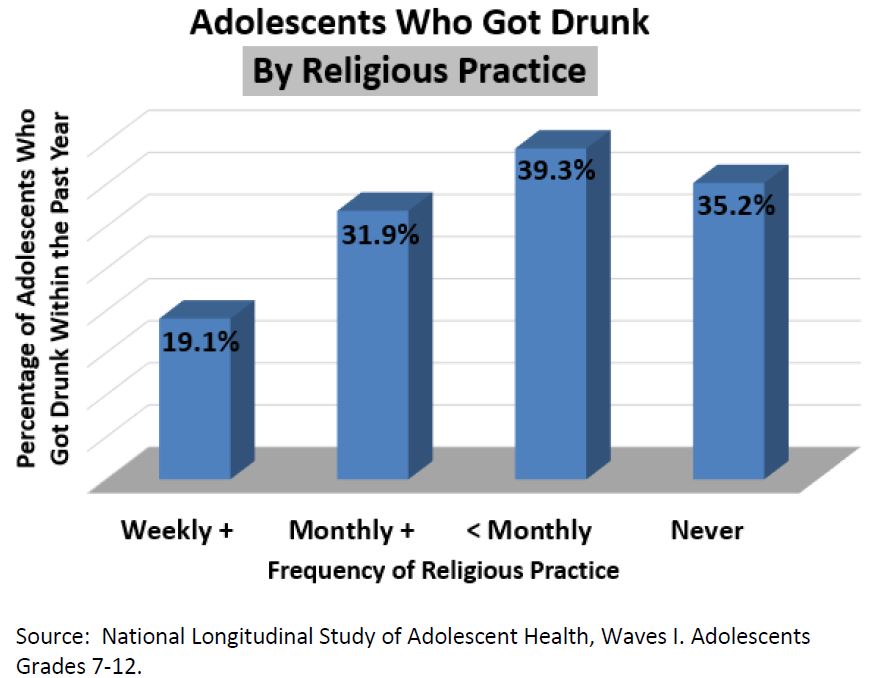 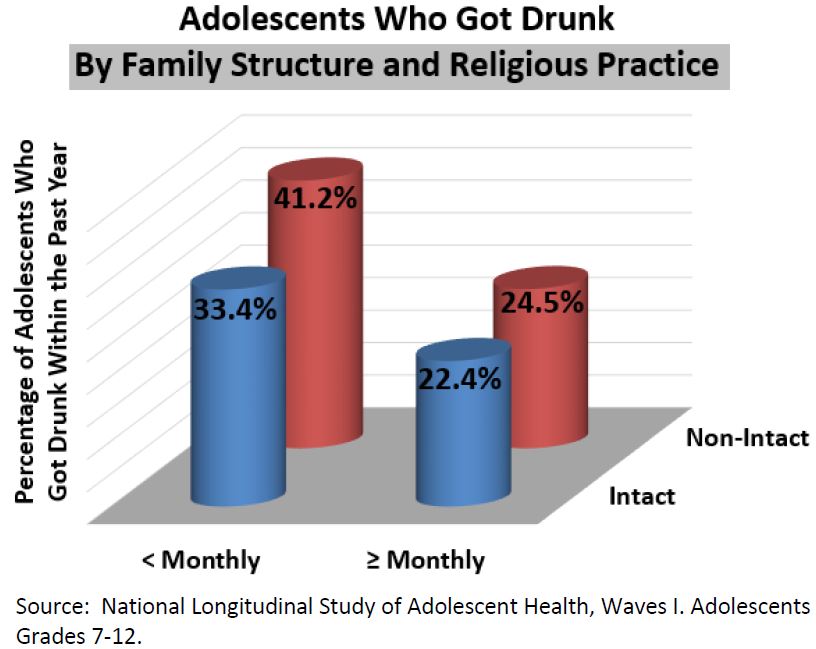 Related Insights from Other Studies: Several other studies corroborate the direction of these findings. Roy Oman of the University of Oklahoma Health Sciences Center and colleagues found “a positive, significant relationship between [participation in church or religious activities] and the nonuse of alcohol” and also that “[y]ouths from 2-parent households were significantly more likely than those from 1-parent households to report nonuse of alcohol.”[2] Alex Mason and Michael Windle of the University of Alabama at Birmingham reported that adolescents who had close familial bonds “were more likely to be religiously committed and involved” and that this religious commitment and familial support were both directly related to less alcohol consumption over time.[3] In a study of adolescent students in British schools, Ian Sutherland and Jonathan Shepherd of the University of Wales College of Medicine found that 31.4 percent of students who frequently attended religious services regularly used alcohol regularly, compared to 68.3 percent of students who did not attend religious services, and that “[a]dolescents without religious convictions were…2.8 times as likely to drink alcohol.” They also noted that 59.4 percent of students from intact families regularly used alcohol, compared to 65.9 percent of those from non-intact families.[4] The data indicate that the intact family that worships frequently is most protective against the abuse of alcohol among minors.   [1] There is no statistical difference between these two data sets. [2] Roy F. Oman, et al., “The Potential Protective Effect of Youth Assets on Adolescent Alcohol and Drug Use,” American Journal of Public Health, vol. 94 (2004): 1425-1430. [3] W. Alex Mason and Michael Windle, “Family, Religious, School and Peer Influences on Adolescent Alcohol Use: A Longitudinal Study,” Journal of Studies on Alcohol, vol. 62 (2001): 44-53. [4] I. Sutherland and J. P. Shepherd, “Social Dimensions of Adolescent Substance Use,” Addiction, vol. 96 (2001): 445-458. This finding is from www.familyfacts.org.  ]]>