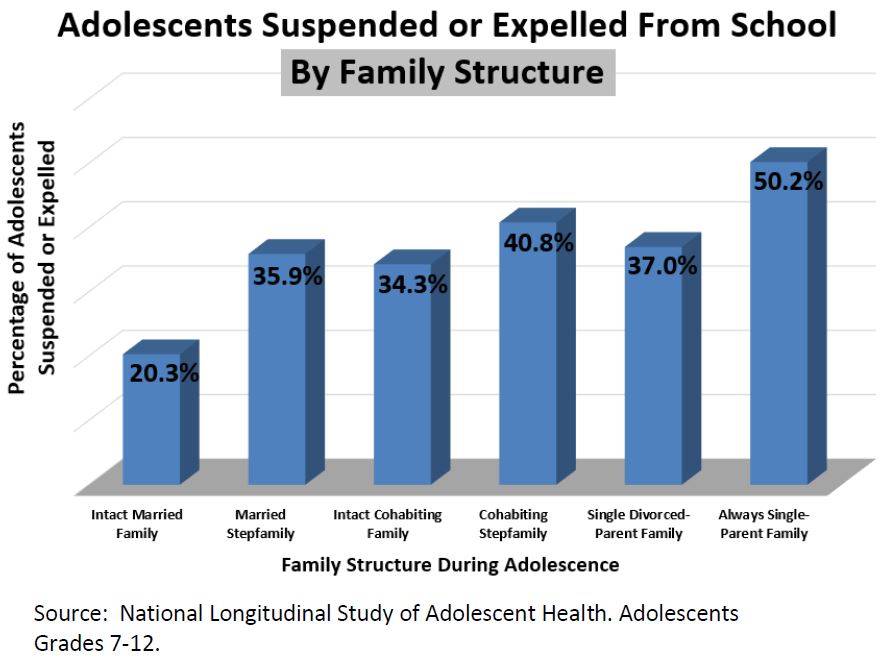 Religious Practice: The Adolescent Health Study also showed that 20.9 percent of students in Grades 7-12 who worshipped at least weekly had ever been suspended or expelled. By contrast, almost 39 percent of adolescents who never worshipped had been suspended or expelled. In between were those who attended services one to three times a month (27.6 percent) and those who attended services less than once a month (30.4 percent). 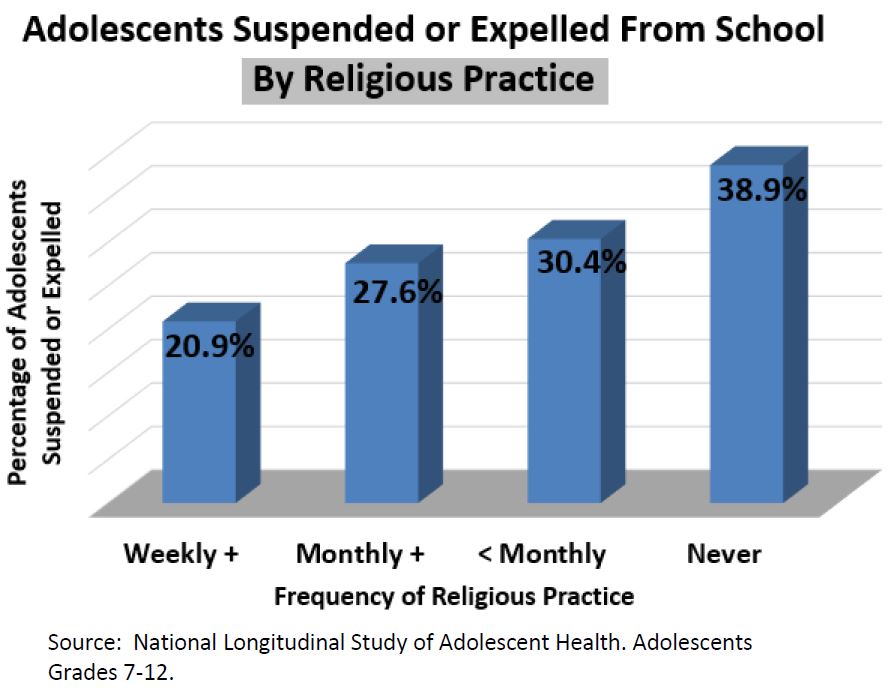 Family Structure and Religious Practice Combined: Only 17.3 percent of adolescent students who were living with both biological parents and worshipped at least monthly had ever been suspended or expelled from school. By contrast, 46.7 percent who worshipped less than monthly and came from single-parent or reconstituted families had been expelled or suspended. In between were those who lived with both biological parents and worshipped less than monthly (25.5 percent) and those in non-intact families who worshipped at least monthly (32.5 percent). 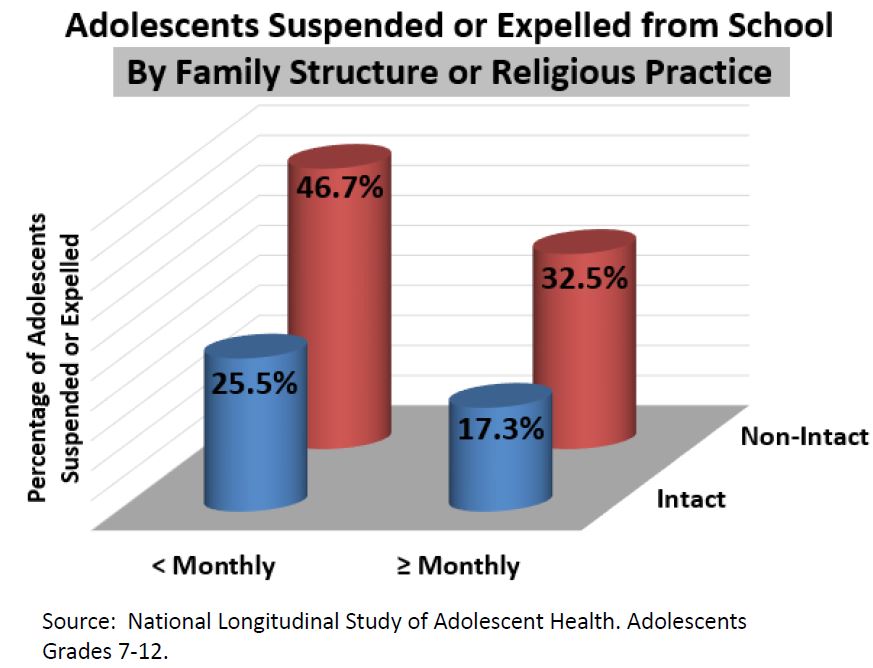 Related Insights from Other Studies: Though little additional research has been done on the correlation of religious attendance, family structure, and expulsion or suspension from school, several studies corroborate the direction of these findings. Wendy Manning of Bowling Green State University and Kathleen Lamb of the University of Wisconsin reported that adolescents who were more religious were less likely to be suspended or expelled, as were adolescents who lived with their married parents.[1] Bryon Johnson of Baylor University and colleagues analyzed delinquency data from the National Youth Survey, which included delinquency measures such as “damaged school property,” “hit teacher,” “hit students,” and “skipped classes.” They found that adolescent religiosity was associated with lower levels of delinquency and that adolescents who lived with both biological parents were less likely to associate with delinquent friends.[2] Jerry Trusty of Texas A&M University and Richard Watts of Baylor University found that the more often adolescents attended religious activities and the greater importance they gave to religion, the more likely they were to have involved parents and the less likely they were to be delinquent.[3]     When it comes to keeping adolescents from being expelled, the intact married family that worships weekly earns the best marks. [1] Wendy D. Manning and Kathleen A. Lamb, “Adolescent Well-Being in Cohabiting, Married, and Single-Parent Families,” Journal of Marriage and Family, vol. 65 (2003): 876-893. [2] Byron R. Johnson, et al., “Does Adolescent Religious Commitment Matter? A Reexamination of the Effects of Religiosity on Delinquency,” vol. 38 (2001): 22-44. [3] Jerry Trusty and Richard E. Watts, “Relationship of High School Seniors’ Religious Perceptions and Behavior to Educational, Career, and Leisure Variables,” Counseling and Values, vol. 44 (1999): 30-40. The three delinquency measures derived from the National Education Longitudinal Study included school suspensions, arrests, and time spent in juvenile centers.      ]]>