The percentage of adolescents (aged 13 to 19) who would consider having a child outside of marriage was lowest among those who were raised in intact families that attended religious services weekly or more.[1] Family Structure: For teenagers aged 13 to 19, the likelihood that they would consider having a child out of wedlock differed significantly from one family structure to another as the following illustrates: Adolescents raised in biologically intact cohabiting families were almost twice as likely as those raised in intact married families to be ok with having a child out-of-wedlock (34.6 percent versus 18.2 percent, respectively). 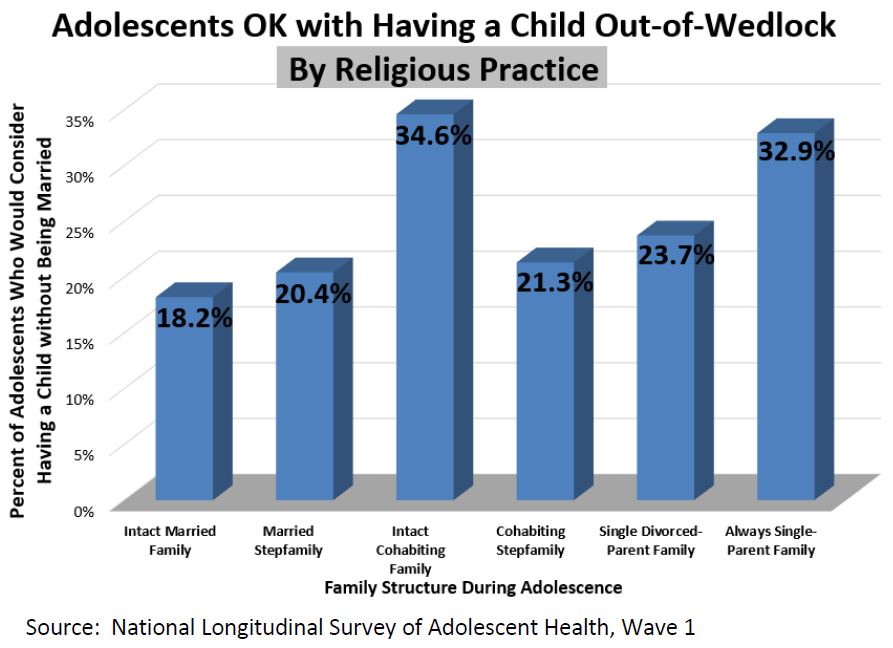 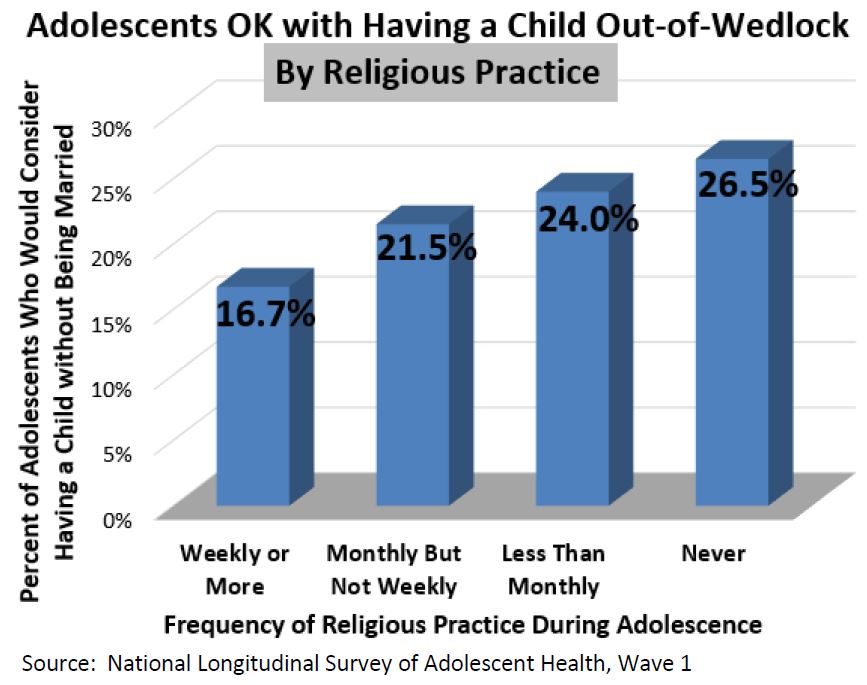 Family Structure and Religious Practice Combined: For teenagers aged 13 to 19, the likelihood that they would consider having a child out of wedlock differed significantly among the different combinations of family intactness and levels of religious worship as the following illustrates: Those from non-intact non-worshiping families were twice as likely to consider having a child out-of-wedlock as those raised in an intact worshiping family (28.8 percent versus 14 percent respectively). 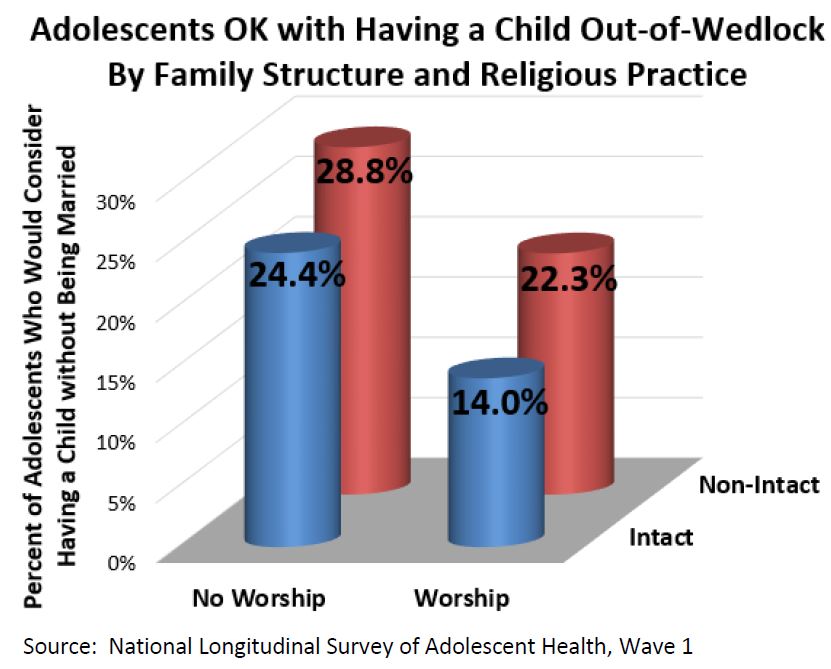 Related Insights from Other Studies: MARRI has previously shown that females who grew up in intact families who worshiped weekly were least likely to have an unwed pregnancy (18 percent), and females from non-intact families were most likely (40 percent).[2] Using the 1995 National Survey of Family Growth, Jay Teachman of Western Washington University found that women who grew up in intact families were less likely to cohabit before marriage, or to have a premarital birth or conception. Women who were most likely to have premarital conceptions were those who experienced parental divorce or remarriage.[3] According to data from the Intergenerational Panel Study of Parents and Children, (which looked at white mothers and their children over a 31 year period) the more frequently 18-year-olds attended religious services, the more likely they were to disapprove of premarital sex, cohabitation, abortion, and divorce.[4]   [1]The data come from Wave 1 of the National Longitudinal Survey of Adolescent Health (Add Health).  Respondents were asked to respond to the question “Since January 1, with how many people in total have you had a sexual relationship?” Their answers choices were to give a specific number or to answer “refused,” “legitimate skip,” “don’t know,” or “not applicable.” [2] “Ever had an unwed pregnancy’ by current religious attendance and structure of family origin,” Marriage and Religious Research, Mapping America 101 http://downloads.frc.org/EF/EF11C38.pdf. [3] Teachman, Jay D. “The Childhood Living Arrangements of Children and the Characteristics of Their Marriages.” Journal of Family Issues Vol. 25, No. 1 (January 2004) pp. 86-111. [4] Pearce, L.D. & Thronton, A. “Religious Identity and Family Ideologies in the Transition to Adulthood.” Journal of Marriage and Family Vol. 69 (2007) pp. 1227-1243.]]>