The 1997 National Longitudinal Survey of Youth showed that females who grew up in intact families who frequently attended religious services ere least likely to have had an unwed pregnancy. [1] Family Structure: Nineteen percent of females who grew up in an intact married family have had an unwed pregnancy, followed by females from intact cohabiting families (26 percent), single divorced parent families (36 percent) and married stepfamilies (36 percent), cohabiting stepfamilies (37 percent), and always single parent families (54 percent). 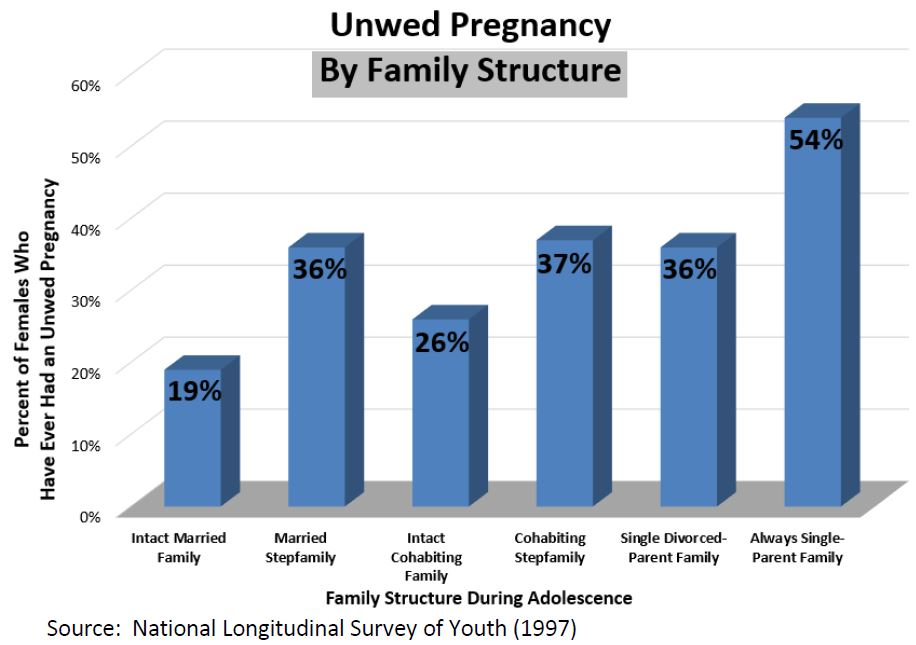 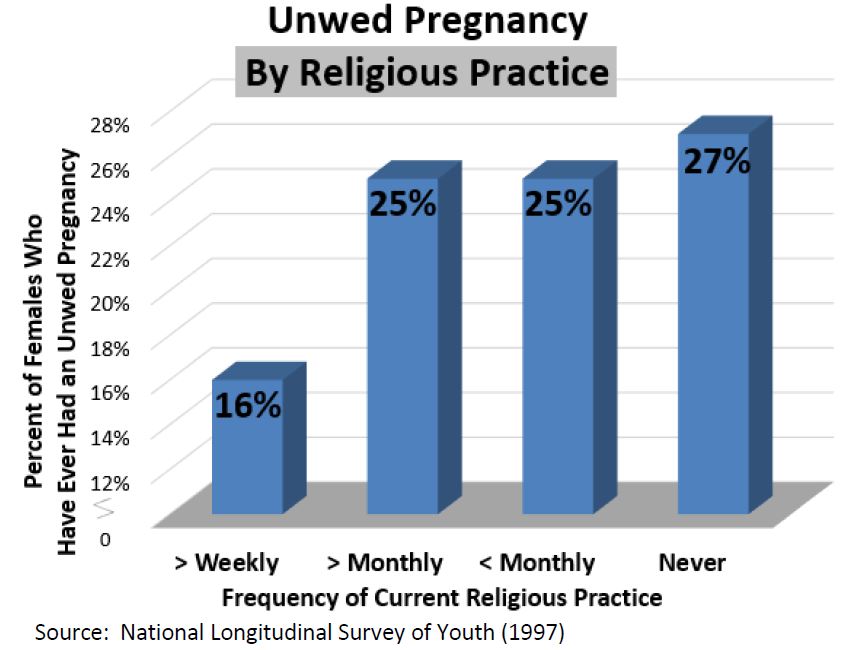 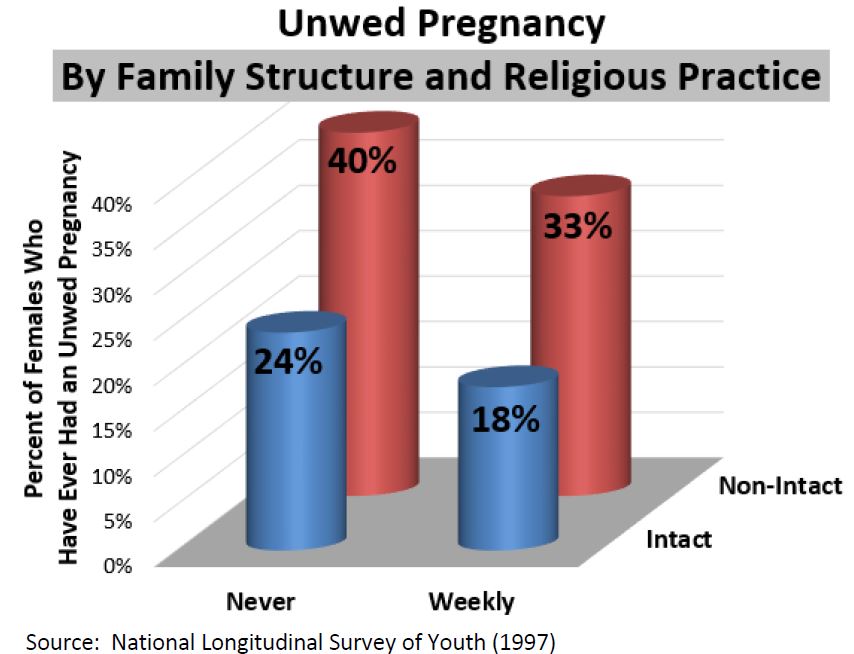 Related Insights from Other Studies: Studies based on the 1995 General Social Survey show that family structure affects the unwed pregnancy rate. According to Valerie Martin of McGill University, when compared with peers from intact families, adolescent and young adult women who experienced parental divorce were significantly more likely to give birth out of wedlock.[2] Using this same survey, Jay Teachman of Western Washington University also found intact families to be protective in many ways: Compared with peers from other family structures, women who grew up in intact families were less likely to form high-risk marriages, to cohabit before marriage, or to have a premarital birth or conception.[3] Another study demonstrated the protective nature of the family’s religion: When compared with peers whose mothers had not attended religious services frequently, 18-year-olds whose mothers attended religious services often were more likely to have attitudes about premarital sex, cohabitation, abortion, and divorce.[4] The Fragile Families and Child Well-Being Survey also showed the impact of religion on urban mothers, finding that urban mothers who attend church frequently are at least 70 percent more likely to be married when they give birth or to get married within one year of a nonmarital birth than are urban mothers who do not attend church frequently. [5]   [1] These charts draw on data collected by the National Longitudinal Survey of Youth (1997). [2] Martin, Valerie, “The Consequences of Parental Divorce on the Life Course Outcomes of Canadian Children.” Canadian Studies in Population, Vol. 32, No. 1 (2005) pp. 29-51. [3] Teachman, Jay D. “The Childhood Living Arrangements of Children and the Characteristics of Their Marriages.” Journal of Family Issues Vol. 25, No. 1 (January 2004) pp. 86-111. [4] Pearce, L.D. & Thronton, A. “Religious Identity and Family Ideologies in the Transition to Adulthood”  Journal of Marriage and Family Vol. 69 (2007) pp. 1227-1243. [5] “Religion and Marriage in Urban America” Bendheim-Thoman Center for Research on Child Wellbeing, Princeton University Social Indicators Survey Center, Columbia University, Fragile Families Research Brief  No. 24 (June 2004) pp. 1-4.]]>