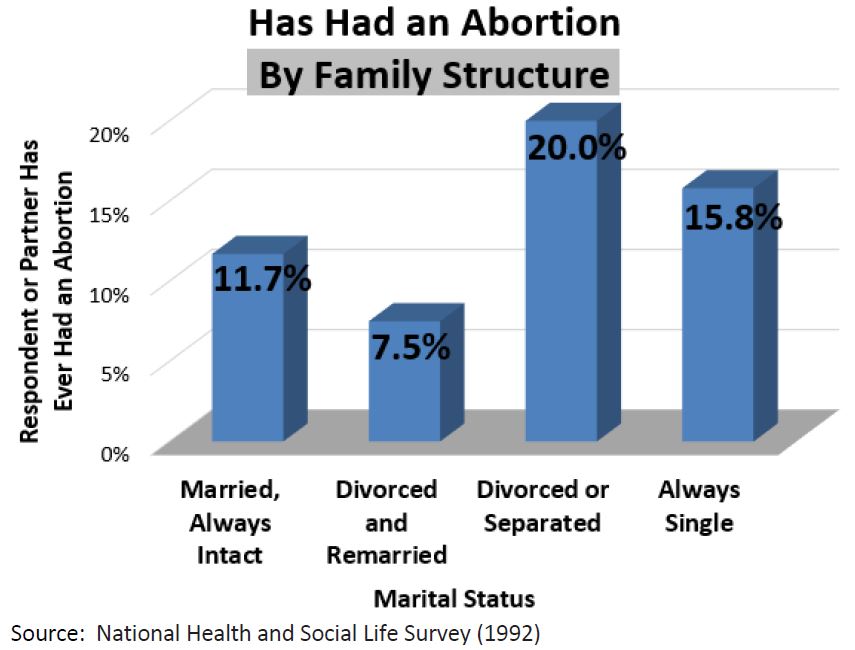 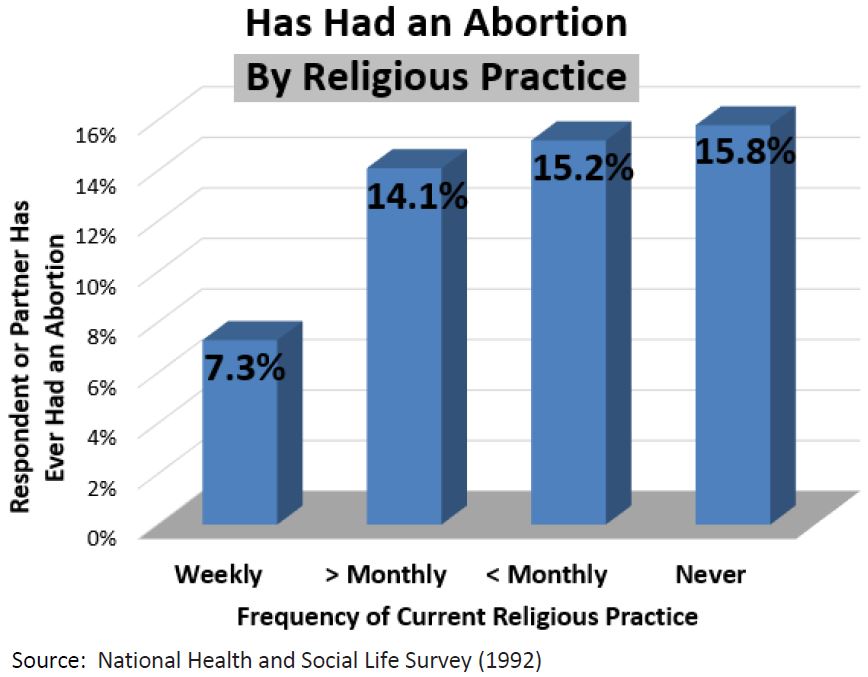 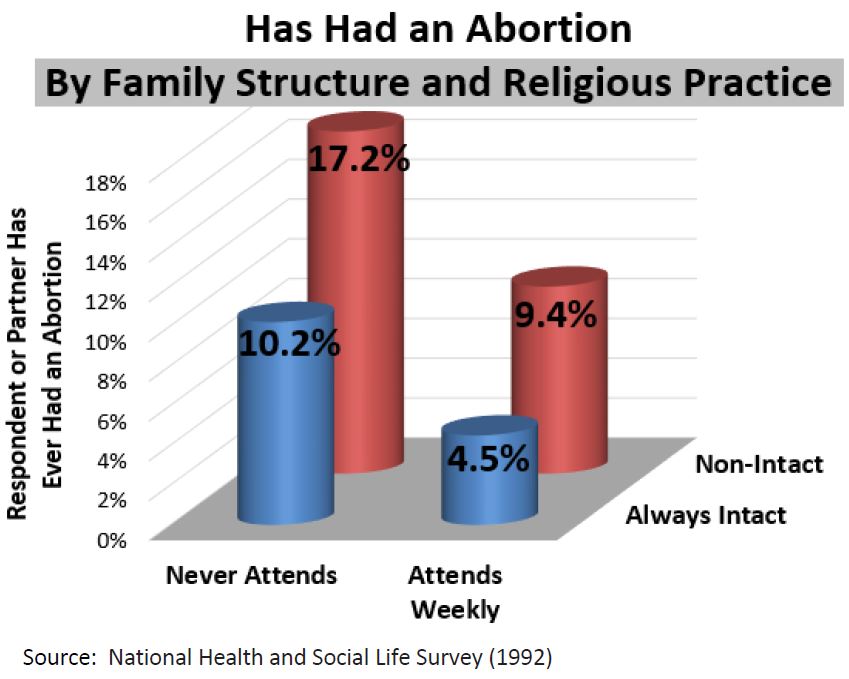 Related Insights from Other Studies: A study of over 500,000 pregnancies showed that a woman’s likelihood to choose abortion increases as her education increases, but this is only the case only for unmarried women. Women with a high school education or less and no prior children are least likely to abort, compared with college-educated women with no prior children, who are most likely to abort.[2] Data from the 1990 Latino National Political Survey (a sample of over 2,700 U.S. Hispanics) found that Hispanic Protestants who regularly attend church are more strongly pro-life than any other part of the Latino population and tended to support a total ban on abortion.[3] A study of Catholic Mexican-American women from Los Angeles County found that among survey respondents raised in Mexico, education had a “liberalizing effect on their attitudes” toward abortion. This trend persisted among U.S.-raised respondents, with the exception of the most devout Catholics. Among this group, education had the opposite effect: it made Catholic Mexican-American women’s attitudes toward abortion more conservative.[4]   [1] These charts draw on data collected by the 1992 National Health and Social Life Survey [2] Katherine Trent and Eve Powell-Griner, “Differences in Race, Marital Status, and Education Among Women Obtaining Abortions,” Journal of Social Forces 69, no. 4 (1991): 1121-1141. [3] Christopher Ellison, Samuel Echevarria, and Brad Smith, “Religion and Abortion Attitudes Among U.S. Hispanics: Findings from the 1990 Latino National Political Survey,” Social Science Quarterly 86, no. 1 (March 2005): 192-208. [4] Sandra Rosenhouse-Persson and Georges Sabagh, “Attitudes Toward Abortion Among Catholic Mexican-American Women: The Effects of Religiosity and Education,” Journal of Demography 20, no.1 (1983): 87-98.]]>