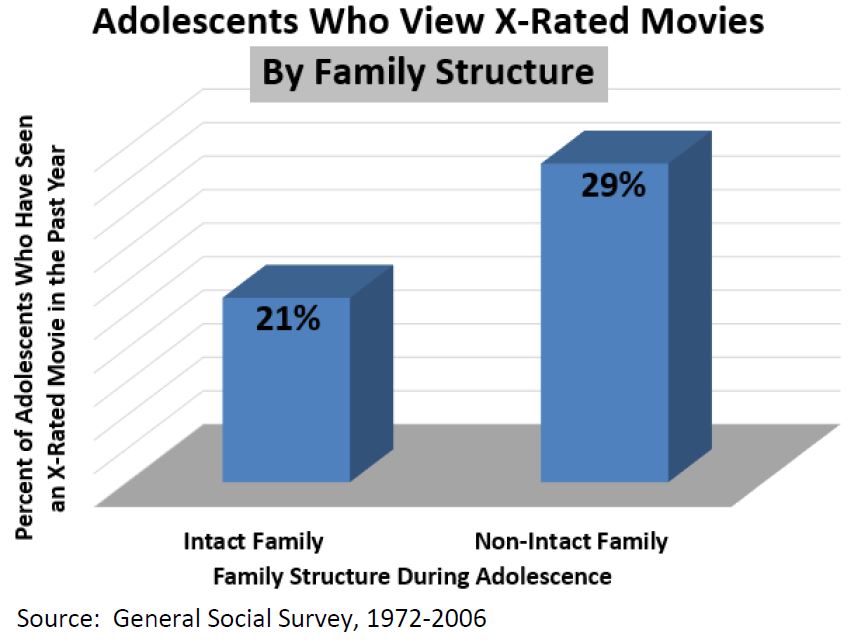 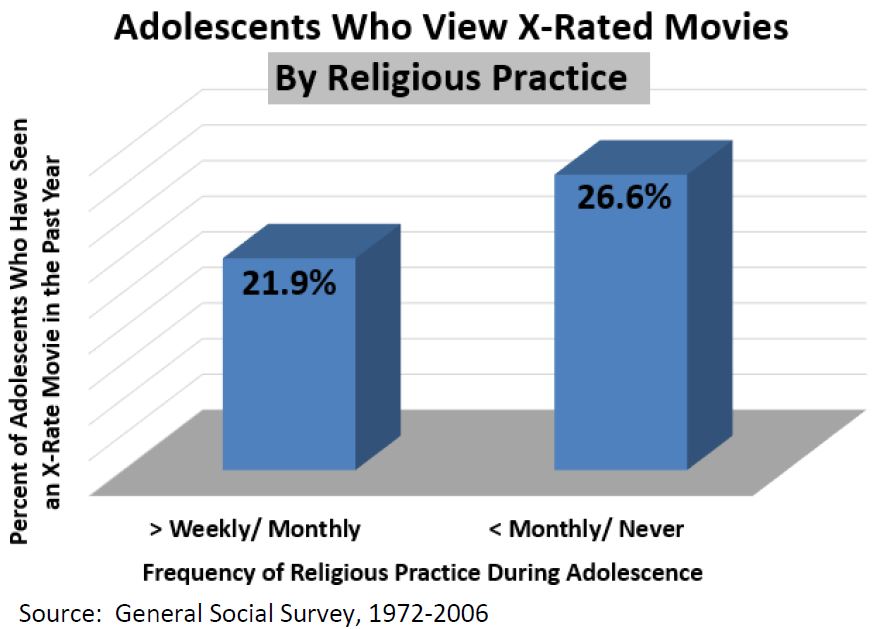 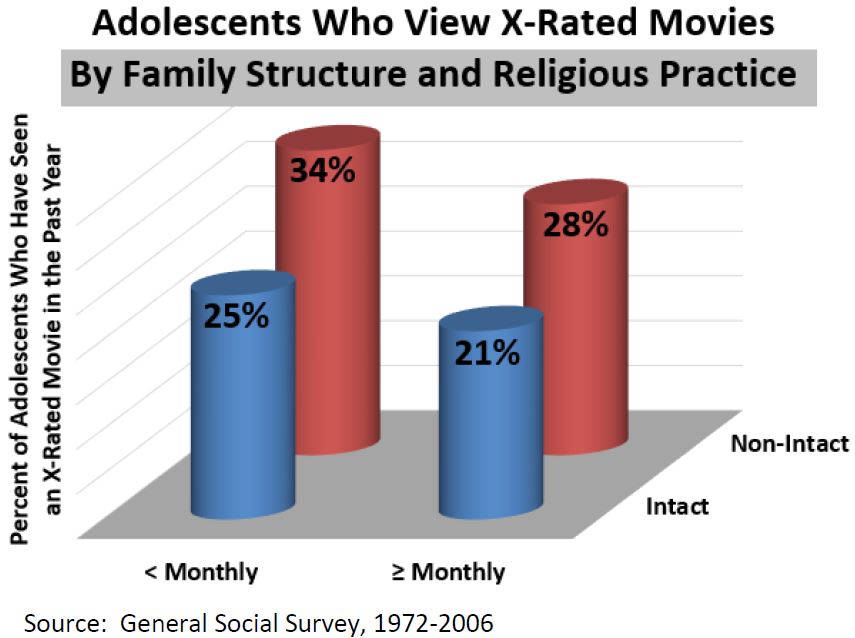 Related Insights from Other Studies: Several other studies corroborate the direction of these findings. Gina Wingood of the Rollins School of Public Health and colleagues found that, among black female adolescents, “[e]xposure to X-rated movies was associated with residing in a single-parent family and being monitored by someone other than one’s mother.”[1] Jay Grosfeld of the Indiana University School of Medicine also found that children living in “single parent and broken homes” were more likely to be exposed to pornography.[2] Elissa Benedek of the University of Michigan and Catherine Brown, executive editor of Psychiatric News, reported that children from single-parent homes are most at risk from exposure to televised pornography.[3] In terms of religion, Stephen Tibbetts and Michael Blankenship of East Tennessee State University found that those with no religious affiliation were more tolerant of X-rated video stores, even more so when these stores were present in their own neighborhood.[4] In an examination of Australian adolescents, Joan Abbott-Chapman and Carey Denholm of the University of Tasmania also reported a correlation between high levels of religiosity and avoidance of X-rated films. They found that religious beliefs, in and of themselves, are only weakly associated with avoiding X-rated films. “The positive, normative reinforcement of belonging to a church, school and/or community group of shared values is also needed.”[5] As the data indicate, growing up in an intact family that worships frequently proves to be an effective protector against X-rated movie viewing in adolescence and in adulthood.   [1] Gina M. Wingood, et al., “Exposure to X-rated Movies and Adolescents’ Sexual and Contraceptive-Related Attitudes and Behaviors,” Pediatrics, vol. 107 (2001): 1116-1119. [2] Jay Grosfeld, “The Plight of Children,” Annals of Surgery, vol. 246 (2007): 343-350. [3] Elissa P. Benedek and Catherine F. Brown, “No Excuses: Televised Pornography Harms Children,” Harvard Review of Psychiatry, vol. 7 (1999): 236-240. [4] Stephen G. Tibbetts and Michael B. Blankenship, “Explaining Citizens’ Attitudes Toward Pornography: Differential Effects of Predictors Across Levels of Geographic Proximity to Other Sources,” Justice Quarterly, vol. 16 (1999): 735-763. [5] Joan Abbott-Chapman and Carey Denholm, “Adolescents’ Risk Activities, Risk Hierarchies and the Influence of Religiosity,” Journal of Youth Studies, vol. 4 (2001): 279-297.  ]]>